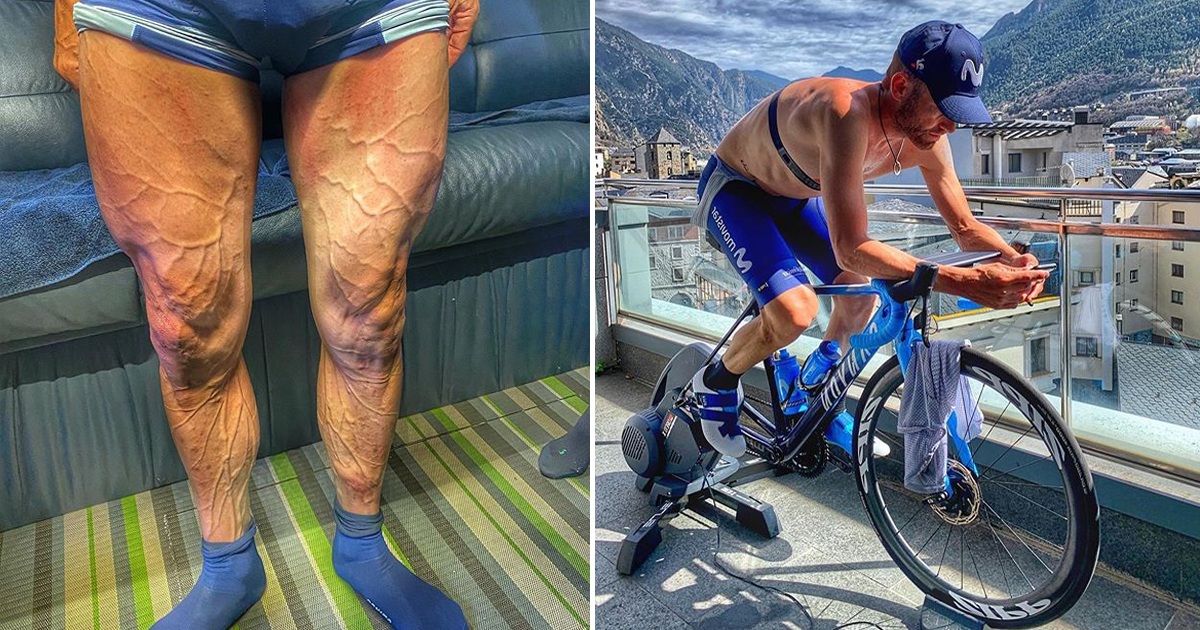 Cyclist Shares Incredible Pics Of His Legs After A Rough Race

This will be like a lot of those shocking pictures of cyclist’s legs after an arduous race. José Joaquín Rojas is a very competitive cyclist and actively participates in ‘Vuelta a España,’ an equivalent event to Tour de France.

The Tour of Spain has 18 stages, and this has been shortened since the pandemic. The man shared a picture of his tired legs during the competition, showing veins on the verge of bursting just below the cyclist’s skin.

You may have seen veins popping, but probably never as clear as this one. This picture was actually taken just after 7 stages in the competition, showing how intense the match was. Those legs still have to work hard for 11 more stages for the 35-year-old in the race.

Those pictures absolutely shocked even José’s fellow professional cyclists. Many commenting simply looking at those legs are already making theirs tired. What is even more shocking is that this isn’t the first time José had his legs showing like this.

In an image from a year ago in May 2019, his legs took the toll of yet another intense race. In a similar fashion, José shared a picture of his legs after 13 stages during the Tour of Italy. The race was spread into a total of 21 stages, which means those legs still had 8 more stages to go.

When most of us would have assumed we would not be walking after that much cycling, there are people who are not even halfway to their destination, yet.

Trigger warning! If you think bulging veins were scary, bloody injuries will make you faint.

José once fell off his bike and suffered injuries in his tibia and fibula and let’s just say it was pretty severe as the bones were exposed. It happened in 2016 and the recovery took him quite a bit of time. He shared the picture again in 2017, reminiscing just how far he’s cycled again after that horrible injury.

Anyways, in case you missed that warning…

Wishing him the best of luck with those legs!