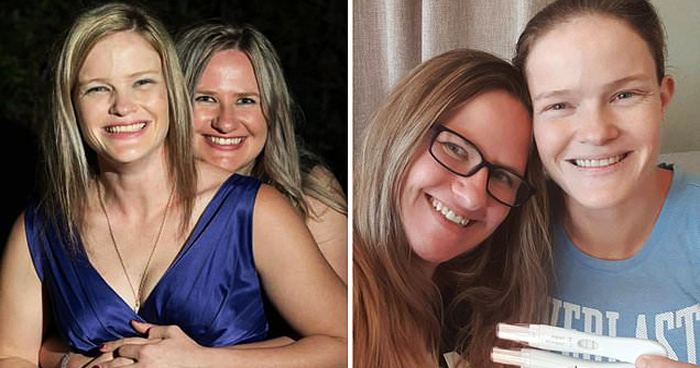 The pair, residing in Auckland, New Zealand has 5 cats and had revealed they wanted to wait until the end of 2020 to begin a family. Fortunately, it was revealed the pair both had lower egg reserves at their age, making it quite challenging to give birth, hence they took the matter into their own hands.

In New Zealand, an IVF costs about $10,000 and IUI – Intrauterine Insemination described as sperm injection into the uterus via a catheter cost an average of $1700.

Unhappy about their declining fertility, the pair reached a decision to look for a donor in a private Facebook group mainly opened for egg and sperm donors.

Luckily at the end of 2019, the pair found the perfect match. ‘We are quite lucky to have contacted someone really decent. We knew his medical and family history and he went on for STD checks and his sperm was equally analyzed.’ Ms. Cummings added.

Nevertheless, the duo plan on revealing their unborn kids’ gender during a family and friends party, but have already chosen the name Piper and Blake for girls and Luca and Nate for boys.