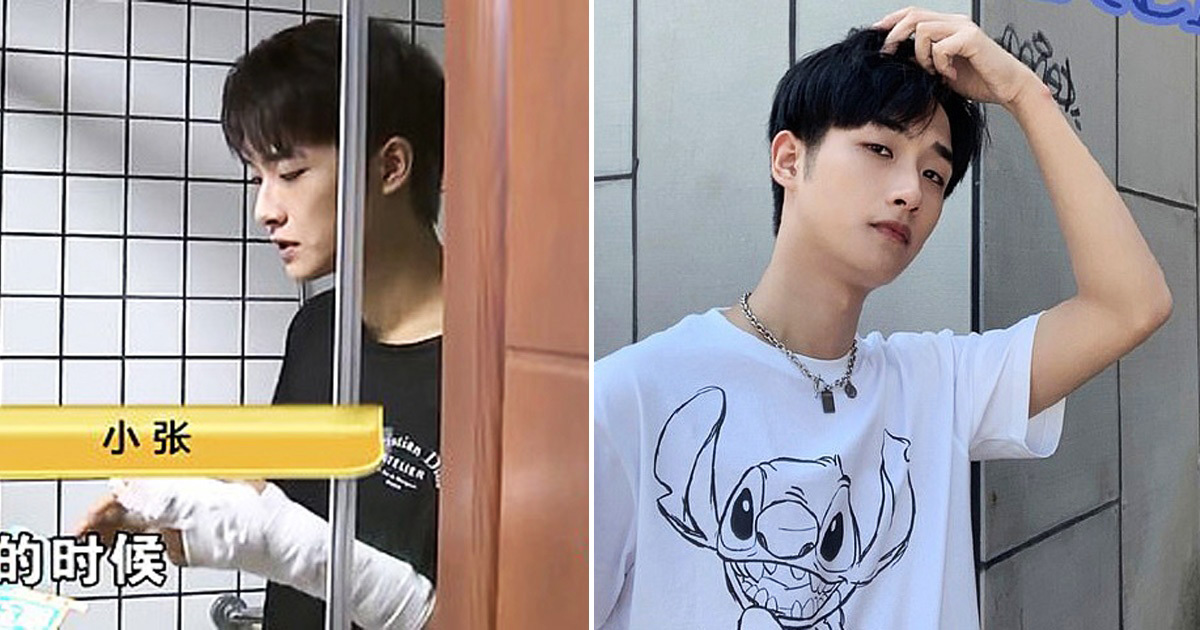 Chinese Guy Becomes Internet Sensation For ‘Being Too Handsome’

A Chinese guy became a viral impression and dubbed ‘too handsome’ after briefly appearing on a TV show. The man had appeared on a consumer rights TV show to express his anger over a shattered bathroom door.

Mr. Zhang, a 22-Year-Old claimed the glass sliding door to his shower completely shatter whilst in use and admitted that the broken glass left him with severe cuts on both of his hands, amounting to a whopping medical bill of 9,400 Yuan.

22-Year-Old Mr. Zhang became a viral sensation and dubbed ‘too handsome’ after appearing on a TV show

In an attempt to seek compensation from the residential management office, Zhang from Ningbo in east China approached a local press – the Zhejiang Television and got interviewed. But shortly after the complaint went to air, internet users became more concerned about his looks and not the broken door.

The interview has been watched over 60 million times on the Chinese Twitter-like app ‘Weibo.’ It became the most trending topic and garnered positive comments. ‘Once I saw Zhang’s face I couldn’t care any less about the real story.’ One commented.

Another added: ‘I think it’s certainly the management office’s fault. There’s no objection and Mr. Zhang is too handsome. I don’t feel he would like about this.’ ‘Are you in need of a girlfriend, Mr. Zhang? A third queried.

The Chinese man, working as a live streamer for an online brand, however, did react saying he was overwhelmed by the attention the clip attracted. ‘I actually think this is too much. I just wanted to protect my rights. Never thought this will happen.’ Zhang stated. On the other hand, the management office did deny their responsibility for the broken door but agreed to pay part of Mr.Zhang’s medical bills.

Mr. Zhang, a chinese man becomes a viral sensation for being ‘too handsome’