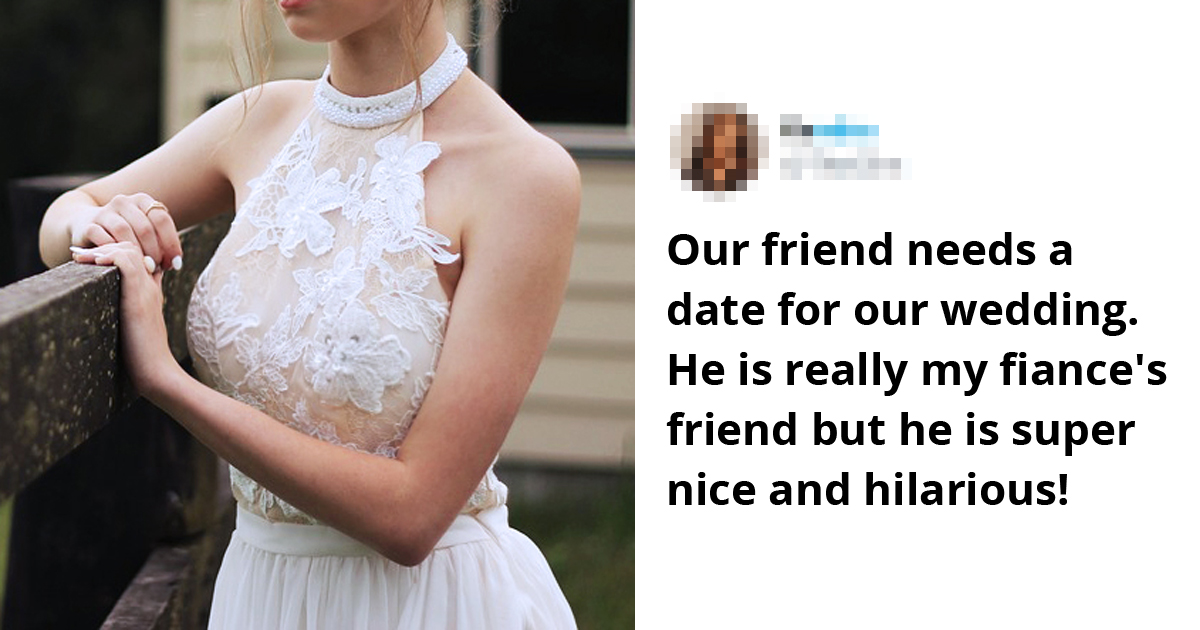 Bride Slammed For Begging The Internet To Date Her Single Friend

An engaged American bride-to-be had believed she was doing her single fiancé’s friend a huge favor, but instead, the assistance resulted in criticism. The bride took to a Facebook group titled: “2022 Brides” to try her luck on matchmaking for their single friend. She described how super nice and hilarious he was and disclosed his name, age, and even his place of residence.

An American bride-to-be is slammed for asking the internet to date her single fiancé’s friend because he needs someone to bring to their wedding.

Many people didn’t, however, found it funny and did slam the bride for asking the internet to date her single friend because he needs someone to bring to her wedding. “Does anyone have any single girlfriends in the Philly/Jersey area?!” The bride had asked, adding that “I’m just doing this in-between wedding planning because it’s honestly more fun.”

She continued: “He’s 31, has a job and a side job and his own house! He also has an adorable lab who he cares for so much it’s adorable. Let me know if anyone is interested (crying with laughing emoji). He’s been having such bad luck finding girls, and we feel bad for him!” The post was later shared to Reddit’s Wedding Shaming platform by user @Mundy-Bundy under foul friends.

“Does anyone have any single girlfriends in the Philly/Jersey area?!” She asked.

Some information, including the single friend Instagram handle and photos, have been blurred out on the subreddit. But comments didn’t, however, ceased as many dubbed the post: “disgusting, embarrassing, humiliating, and completely f***ked.” A few accused the bride of shaming her fiancé’s friend and queried why he couldn’t have come to the wedding all by himself. “I’m perpetually single, and if someone did this to me, I’d be beyond humiliated. I get it. I’m single, and I can’t find anyone to love me. No need to broadcast it all over the f***king internet.” One user wrote.

Another said: “This is disgusting. We feel bad for him! Girl, I only feel bad for him bc (because) he has friends who think being single is something to be said about and take it upon themselves to publicly shame him for living his life as a single man.” A third asked: “Does the person in the OP want a date (let alone people begging one for him)? If someone did the above to me (not for me, to me), I’d be furious.”