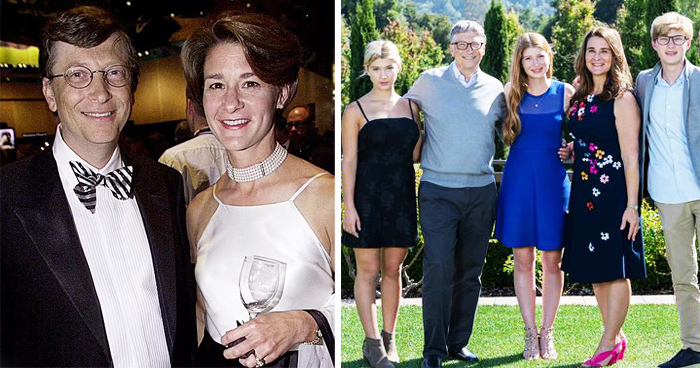 The romantic affair accusation emerged after a Microsoft employee wrote to the board in 2019. The staff had asked that Gates’ estranged wife Melinda Gates, 56 read the letter. Could this possibly be the reason behind their divorce? However, it turned out that 65-Year-Old Bill Gates actually had a sexual relationship with female staff in 2000 and hurriedly resigned in March 2020 amid an investigation.

Bill Gates, 65, is under a probe over an alleged sexual affair with a Microsoft female employee in 2000.

It remains unclear if it’s why Gates hurriedly resigned in March 2020.

His spokeswoman has since confirmed the affair of nearly 20years ago but insists that his decision to leave Microsoft wasn’t associated with it. The same day Gates quit, he also announced stepping down from his position with the board of Berkshire Hathaway, run by his friend, Warren Buffet.

Gates also declared stepping down from his position with the board of Berkshire Hathaway, run by Warren Buffet.

In a release, Gates claimed he would continue to serve as a technical adviser to Chief Executive Satya Nadella.

Earlier this month, Melinda Gates filed for divorce. In a statement announcing the split, the couple had said: “After a great deal of thought and a lot of work on our relationship, we have made the decision to end our marriage.” This relationship news also comes alongside bombshell reports. On Sunday, The New York Times reported that Gates asked two women who worked at Microsoft and his foundation out on dates while still married.

The pair had tied the knot on January 1st, 1984, at Lanai, Hawaii. So far, they have three children together.

The Daily Beast also revealed Gates had sought marriage advice from Convicted Pedophile Jeffrey Epstein during dozen of meetings at his $77million Manhattan townhouse between 2011 and 2014. The publication reported that Gates had, in particular, told Epstein that his marriage to Melinda was toxic, which both men found hilarious. According to a source who attended the meetings, Gates suggested that Epstein join the couple’s philanthropic organization and rehabilitate his image after his 2008 conviction for soliciting a minor for prostitution.

Melinda Gates had warned her husband against any contact with Jeffrey Epstein after the couple had an uncomfortable meeting.

While The Times reported that Gates equally asked out a Microsoft employee in 2006 after watching her make a presentation, it’s unclear if Melinda, who had met Bill in the late 1980s, was aware of her husband’s advances. Nonetheless, the pair had tied the knot on January 1st, 1984, at Lanai, Hawaii. So far, they have three children together and will continue to build a foundation that works worldwide to enable all people to lead productive lives.

It’s also unclear if Melinda, who met Bill in the 1980s, was aware of her husband’s advances before marriage.