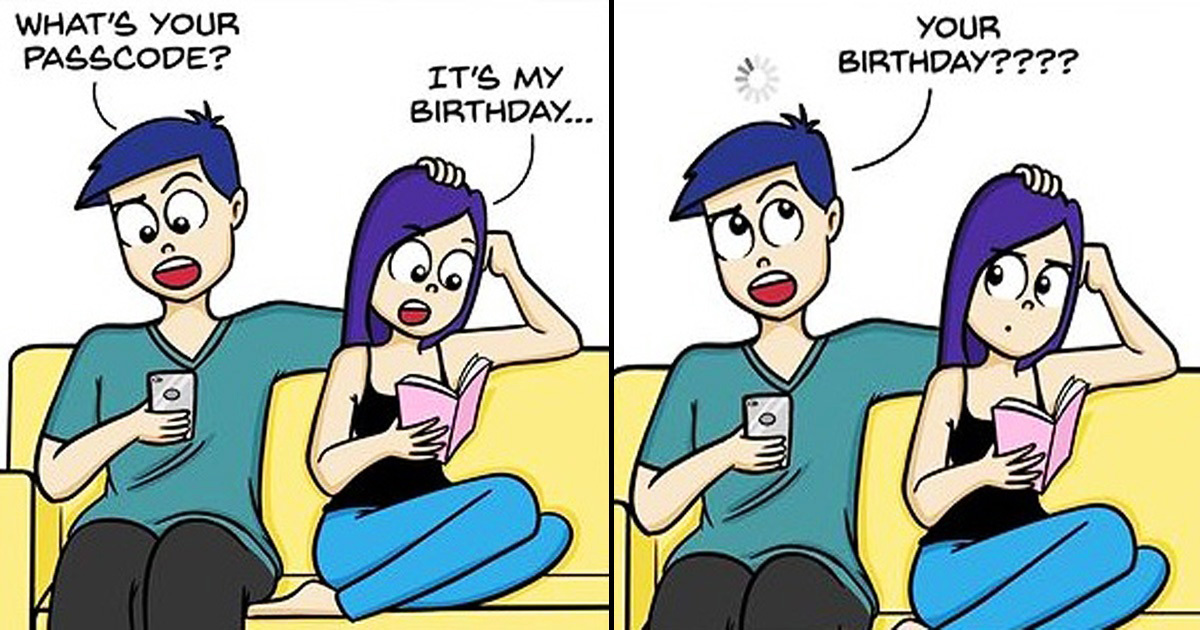 The best kind of stories is the ones that are unique and based on your own life experience. Amby Vaingankar is a cartoonist who makes short comics revolving around the life of a purpled-hair girl. Needless to say, the girl’s life adventure and stories are based on Amby’s own stories! She finds her ideas from the mundane life she goes through every day, turning them into enjoyable comics that bring laughter and joy.

Scroll on, and we hope these comics will lighten up your day! Amby, very much like the rest of us, also suffers from the pandemic’s impact and just 2020 being a year that sucks in general. But hey, she loves making comics, and we love getting laughter from them!

That guy over there.

Amby is a graduate student from Goa, India and currently work full-time to support herself. She’s been doodling and making comics for a long time, but only began making comics when she got the suggestion from her ex. She’s now happy with her current boyfriend who’s often featured in her comics. Other than that is her mom whom she called ‘freaking crazy and so pure.’

A fun fact was that her mom is a very conservative Asian-type, but she took the fact that Amby got a pizza tattoo rather calm. Amby said, “I think she’s under the impression that it’s a sticker.”

No bathroom better than your own bathroom.

Of course, it’s every cartoonist dream to be able to share their comics for the whole world to see. Amby wishes to be able to draw full-time because her work at an international travel agency has been rather ‘soul-sucking.’ She now owns a Patreon page which is growing with 57 people in there. There are 29 exclusive content there, so why don’t you check it out if you like her comics?

Trying to give a compliment.

She’s shared a little bit about her personal life: she is in a long-distance relationship with her current boyfriend! They’ve known each other since 5th grade, but it wasn’t until much later that they started talking again when he saw her Snapchat. Now they’re the cutest couple ever who meets twice a year. Amby is also a huge fan of Batman, particularly the ‘Dark Knight’ movies.

If you’d like to save Amby from getting her soul sucked out at her workplace, go check out her Instagram page!