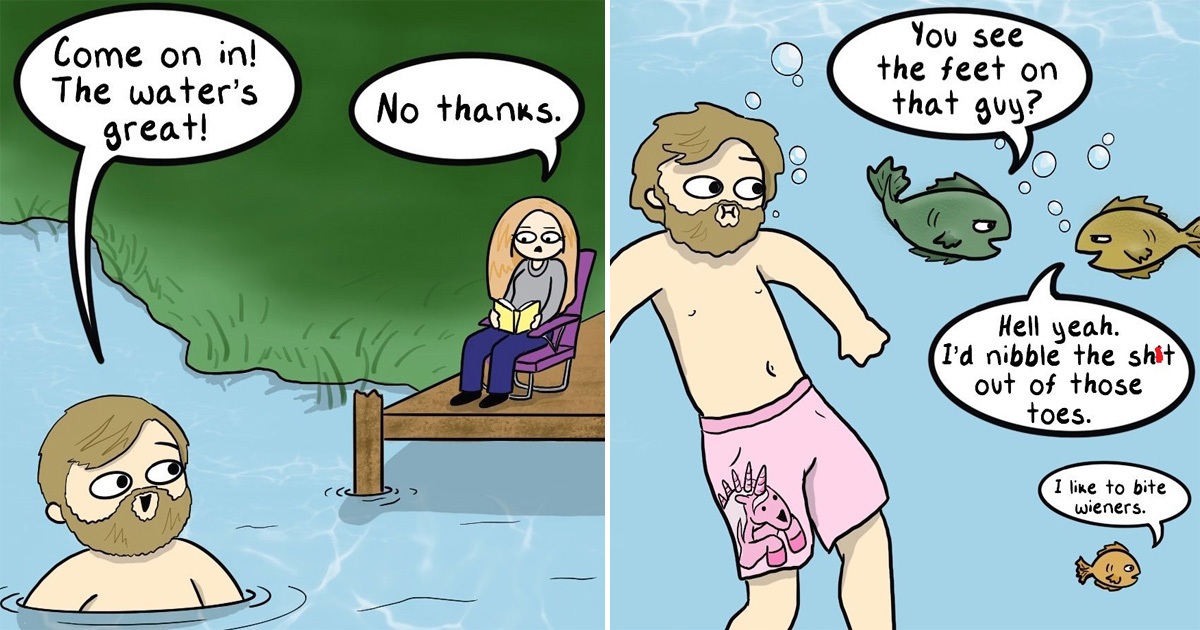 AmandaPanda loves making comics, but she doesn’t really stick to one single theme. Amanda’s comics are often very random and unpredictable but always hilarious to read. She currently has 13.9k followers, but her comics have been featured and received 2-3 times more reactions than her follower numbers!

Green Lemon compiled 30 of her best comics that we know will lighten your mood with Amanda’s randomness. If you love her comics, definitely give her Instagram account a visit and her Patreon for more exclusive content starting from as cheap as $1!

The Master of Disguise.

There are 2 kinds of people.

Sharing about how she gets her inspiration, Amanda described, “I try to stay true to my own sense of humor. I spend about 3 hours a day in traffic, where I tend to zone out, and that’s usually where I come up with ideas. If an idea makes me laugh, it gets drawn.”

It shows that she’s got a good sense of humor when she joked about giving ‘a troll under a bridge for $20 and a bottle of brown liquor’ in exchange to become a comic artist.

Heading back to class.

She has been making comics since 2018 as a way to cope with problems in her personal life. Then she starts using it to tell jokes and stories. She also shared how her school notes are always filled with doodles, and here she is with her growing comic page account!

Do You Want to Build a Snowman?

She studied law because she is interested in law, and it seemed like a good job to make money. But it wasn’t until her second year at law school did she started making comics. She is also inspired by several artists such as The RedDot Comic. Other than making comics, Amanda also streams on twitch and plans to make a YouTube channel when her Patreon subscriber grows.

When life gives you lemons.

And that’s about AmandaPanda comics! We really hope you give her page a visit to see just how hilarious all the random comics she’s made.