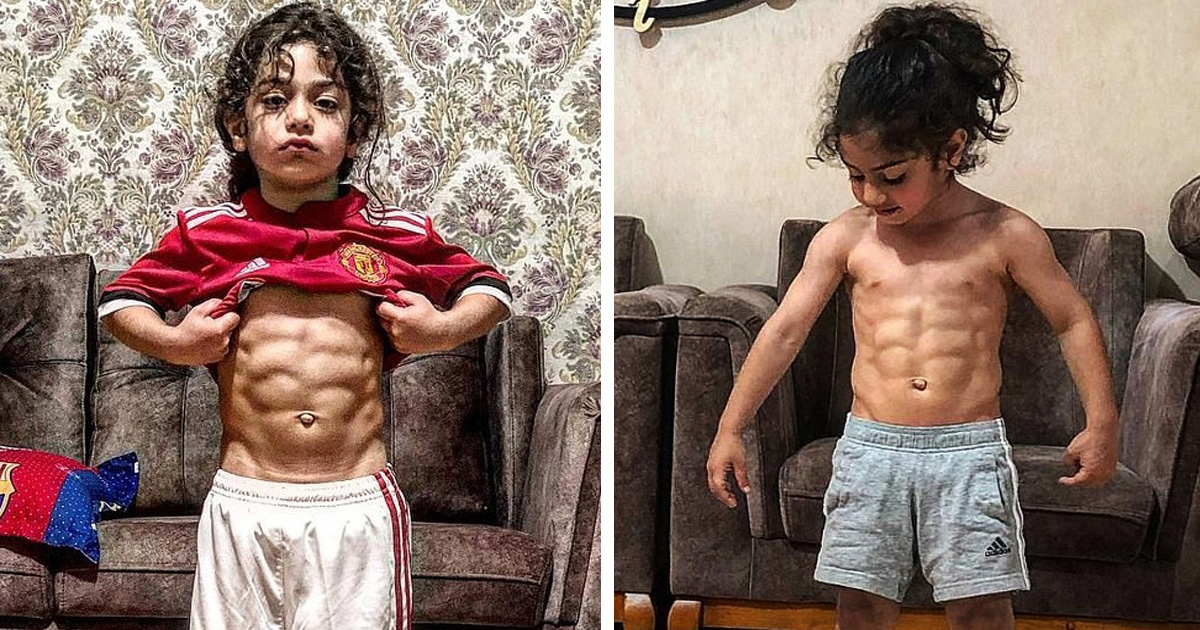 An Iranian boy trained from a young age has startled the world with his amazing muscled physique. The 6-year-old boy with amazing football and gymnastics skills has fortunately earned himself a staggering fans on Instagram as well as a place at Liverpool FC Academy.

Arat Hosseini photos have been shared on Instagram page by his dad Mohammad Hosseini, showing off his toned six-packs and biceps, which is rare for someone of his age.

Arat, born in Iran but living in Liverpool currently train with the Liverpool FC’s Academy and undeniably his photos have resulted in his followers, dubbing him the strongest six-year-old across the globe.

Arat, specifically garnered international attention when clips surfaced of him scaling walls in his parent’s home at age 3 and at age 4, a clip of him playing football went all viral.

The viral clip, which had a lot of viewers had mistaken Arat for a girl as a result of his long hair. In the video, he dons a Real Madrid shirt, dribbling a football with an unbelievable amount of control.

Reportedly, Arat trains hard because he wants to appear like his role model, Christiano Ronaldo, who plays for Juventus. Mohammad has been training Arat from toddler and admitted his son began gymnastics at nine months old.

At age one, the family started to take the youngster’s athletic skills more seriously, permitting him to train for about 20mins within 24hrs. And through severe dedication, Arat has been able to master a number of complicating athletic feats and gymnastic poses.

Nevertheless, Arat on discovering football as part of his skill has drawn praise from Barcelona’s Lionel Messi and Ronaldo.