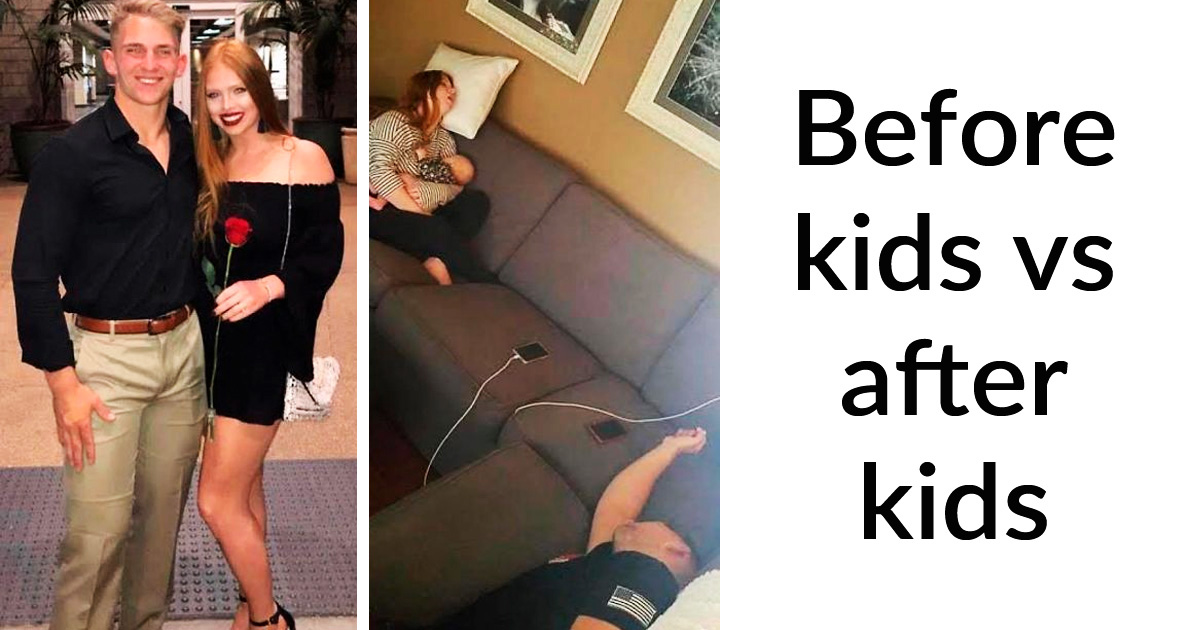 38 People Shared Hilarious Pics Before And After Having Kids

If you ask your friends or even any stranger about their feeling about having a child for the first time, you will get a lot of smiles and simple descriptions of happiness. Yes, a kid often comes with a lot of joy – there is just no way to explain why these bubbly creatures with a thousand questions make us smile after a hard day at work.

But what a lot of parents don’t include in their description is the sacrifice they make for the kids. A lot of mothers lose sleep time for the first few months to breastfeed kids. A lot of dads didn’t have experience in wearing pink and playing Barbies with their daughters. Hilarity ensues.

A businessman and a boss baby.

From gorgeous eyes to a tired side-eye.

Can’t stop the moonlight and the spit now.

Can feel her missing more than just the balloons.

From a mighty biker to… a toddler biker.

Long gone were the days she didn’t sleep for parties instead of baby.

The joy of his heart to the pain on his back.

Partying past 9 then. Finally sleeping at 9 now.

He was a douche and now a dad.

Now she can hold her own party of 3!

From a champ to a dad champ for daughter.

From cruising on the boat to becoming the boat itself.

Make no mistake, all his military training is for this very moment.

He still loves going into the water, but now he can show-off.

He made a new drinking mate.

Eat anywhere, anytime you can before it gets hard to do.

He now has a butt shoved to his face from time to time.

Completely out of it. Both of them.

They did their 1st anniversary photoshoot on the reality of child rearing.

Even the cat can’t escape!

Couldn’t go to the see, so here’s an improvisation.

Still love taking selfies, but prefer without the throw-up.

A chic, independent woman to a sticker board.

A calm, collected and cool dog to a dog who’s submitted to its fate.

A gorgeous lady who submits to the end of her glorious days.

A lazy cat who now has its private space slightly interrupted.

She misses the time when it’s her who pukes instead of a baby.

He was the star among the girls. Now, he’s just a ride.

A rough boy then, a nice brother now.