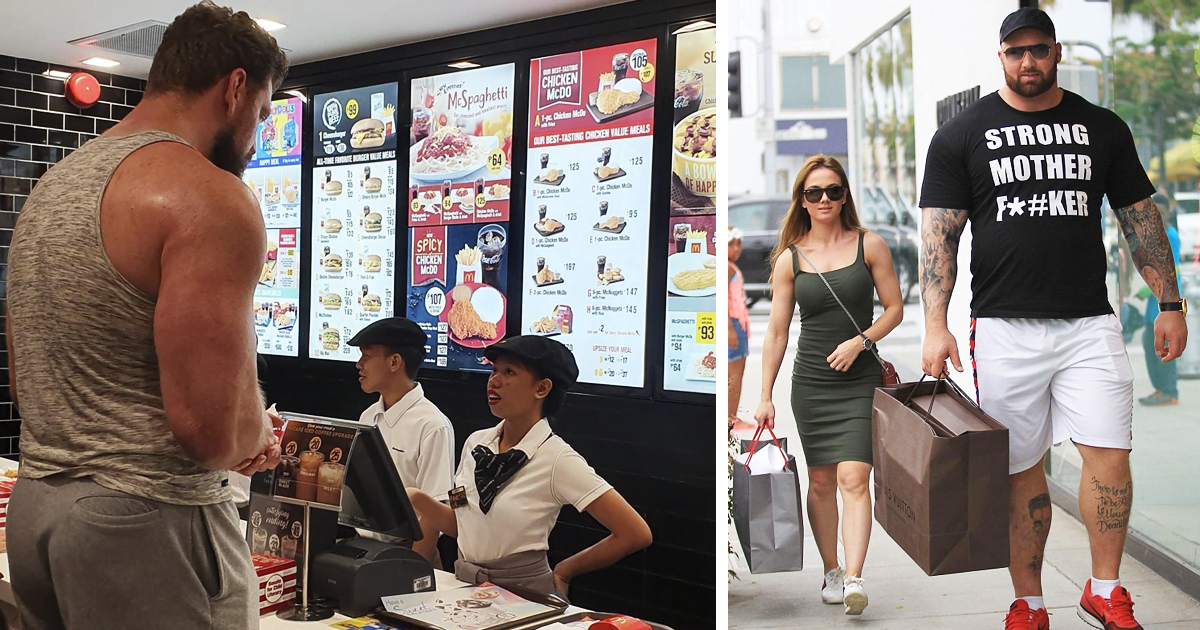 Omg, you’re so tall! How’s the weather up there? Well, most people approach tall people with these questions without any mean intentions. Some of us just really want to use these questions when we had the question and are probably even jealous of their heights. If only I wasn’t born and stuck at 156 cm or 5’1″.

But really, these giants can really overshadow and make us look really tiny. Remember the hobbits when they stand short next Gandalf? I still remember Gandalf holding Frodo in his arms as he rides into The Shire the eve of Baggins’ birthday.

Green Lemon has compiled the times when tall people are just so overwhelming and amazing that well, next time anyone asked you about the weather up there, just know they’re probably curious and envious of you!

2. Just a Dutch trying to get a McD… in Philippines.

3. Vern Troyer from Mini-Me in Austin Powers took a picture with a 6’10” man.

5. He stepped up and got married!

6. This friend trying to get a check-up.

7. The smart and cute way to make a good picture that fits in Instagram.

9. Hafþór Júlíus Björnsson who played ‘The Mountain’ from ‘Game of Thrones’ with his wife.

10. Female basketball players in a picture with their cheerleaders.

11. Husband and wife standing all the way back in a wedding.

12. Man took a prom picture with her girlfriend and her dad.

14. Trying to get a high-five with a 7′ female basketball player.

16. This man knows what being a giraffe feels like.

17. Short mom with a good sense of humor likes to send pictures of her with tall people to the family.

19. On a sleepover, 6’5″ friend finds her long jeans pretty useful.

19. Dutchman trying to fit into the camera while being interviewed by a female Chinese reporter.

20. What’s the best way to hug? Doesn’t matter if they’re both happy and smiling!

22. Tallest teenager in the world with her boyfriend.

23.Gymnast Flávia Saraiva, 1.33m, standing next to basketball player Nenê who is 2.11m.

24. 4’9″ woman saying goodbye to her best friend who’s moving away.

25. NS Premier Stephen McNeil is 6’5″ feet tall on election night, but probably has a different thought in front of a 6’9″.

28. He’s second in the race, but first in a different sense.

30. Shrimp on Rye (turns out was an edit done by a deviantart user, but still, hilarious!)

32. He looks like he’s had his pictures taken for the same reason for the 235th time that day.

34. Kelli Tennant enjoying her interview while the baseball player has a hard time concentrating.