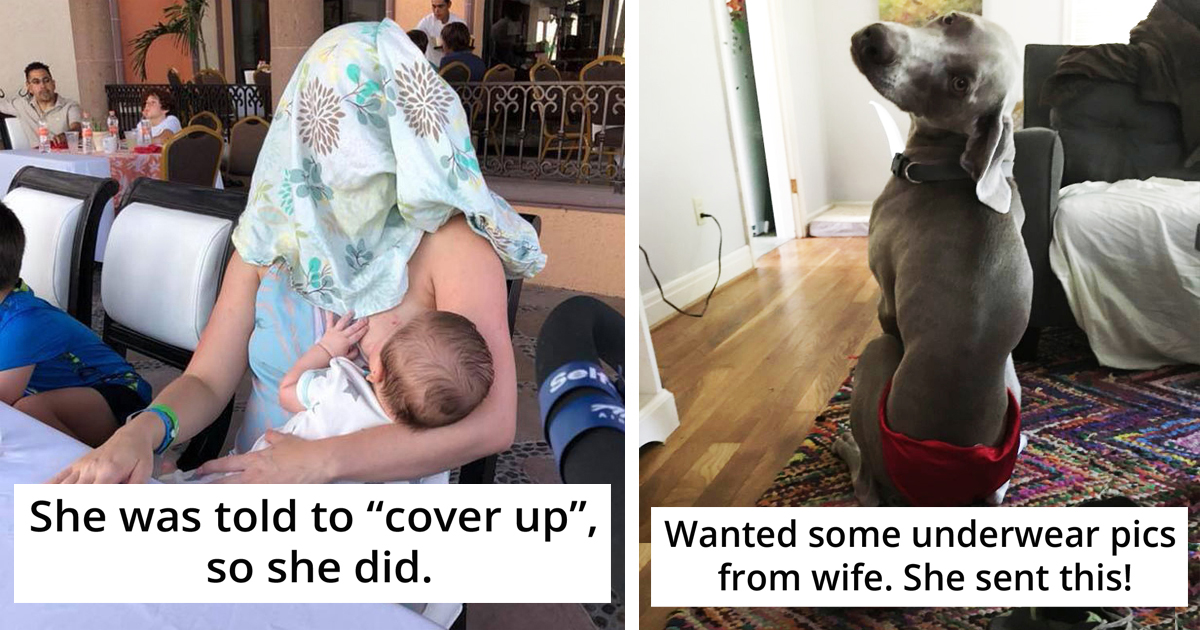 35 Hilarious Times People Asked To Do Something, And They Took It Too Literally

There is nothing more evil and legal than malicious compliance towards annoying employers. It’s also impressive how some kids showed these qualities even when they were young. Honestly, we know those kids aren’t dumb – they’re just showing an incredibly genius solution to problems.

So, not all of them have bad intentions and are simply taking requests too literally in their head. But the results are still too hilarious not to share with you all. Rather than getting cooped up and depressed, let’s get cooped up and laugh while at it!

Asked my husband to put the pillowcases on the pillows.

Was onboard a Disney cruise and offered a dessert. I said ‘nothing’. Awesome.

Wife’s grandma loves buying us snacks, so once asked for sour cream and onion chips when she went to the store.

We told the Taco Bell-drive thru guy to give us “As much as you’re allowed to give me” when he asked about sauce. Big mistake.

How can you not know that, sir?

She was told to cover up, so she did.

Boy asked for a 3DS on his birthday.

I asked wife to pick up some frozen fruits.

At least no one’s going to steal that card!

Asked my kids, 3 and 4, to put the toilet paper under the sink. They did.

Historical professor wanted us to write something a historical figure would write as realistic as possible.

Me and my uncle are unique this way.

After a Schweinshaxe (big mean) in Berlin, asked for a small beer from the waiter.

That’s nice, Susan, but I need the car’s.

Going on an Europe tour in a car.

That’s an A for you.

Brother took a picture of me in Spain and he thought this looks fine. I wasn’t wearing a hat.

Don’t leave or you’ll be toast.

Finally got a golden retriever for birthday from boyfriend.

The agency decided to get literal.

The perfect way to ‘motivate’ your answer.

Asked daughter to lean to the pole for pictures.

Not enough wet floor signs in this tight minimarket.

Wanted some underwear pictures from wife. She sent this.

“Try your best at answering questions to our customers.”