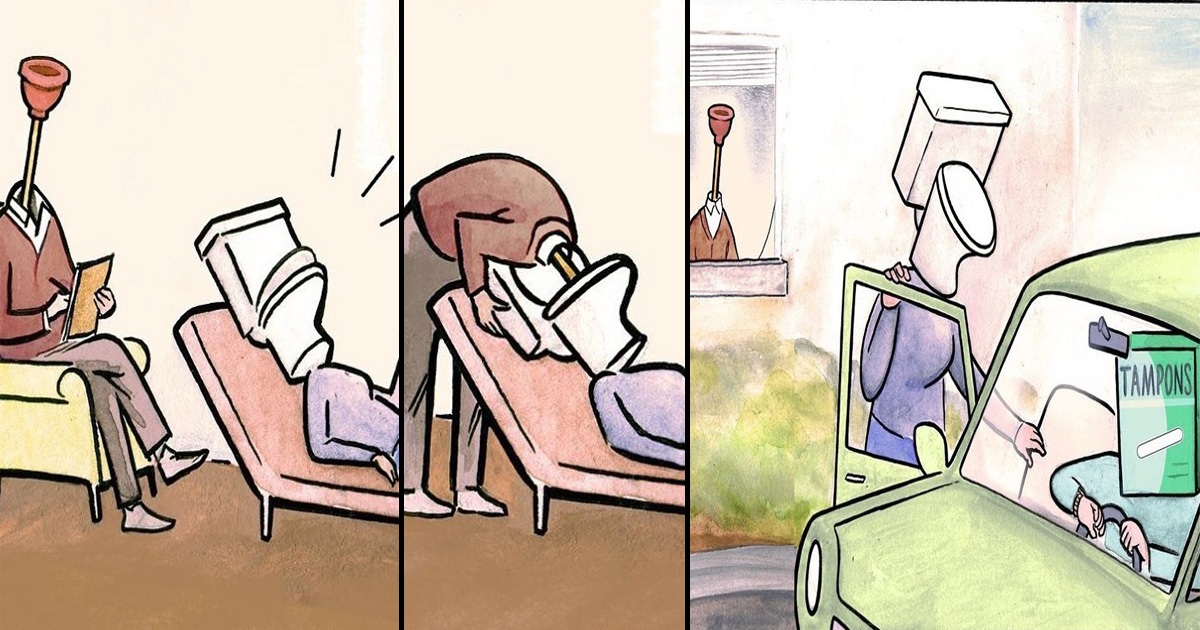 When we say twisted, we really mean it. Perry Bible Fellowship really has a great sense of (dark) humor. The ‘what if’ thoughts that we only keep as an idea, Nicholas Gurewitch turns them into short comics. Not to mention that he has a wide range of styles to choose from to deliver the right mood in his comics.

Nick now has over 341k followers on Instagram and has released a couple of collections. He also runs a Patreon page where he shares exclusive comics and allows followers to share their inputs when making new comics. Check out a previous compilation of his comics here!

Nicholas Gurewitch, or Nick G as he likes to shorten it, owns a Patreon page that currently has 429 patrons. His subscription is as cheap as $1, and you can enjoy exclusive content you can’t find anywhere else! Plus, you can see process videos and even drafts that may never be published!

Nick has been working on the Perry Bible Fellowship for a little over 20 years now. He shared that it began in 2001 and joked about injuring Gimoc and his home, using his blood/ink to make comics. Nick loves making comics when incorporated with his rather dark sense of humor.

You can do it, kids!

Nick is a through and through the traditional artist. When most artists these days prefer a tablet’s convenience to make their comics as the tools make the process easier, Nick still uses pencils and ink to make his. He shares process videos on Patreon and teased a little bit in his Instagram highlight.

Most people don’t even know that Perry Bible Fellowship doesn’t just make and sell comics. They also sell T-shirts and prints based off popular posts! Their shirts are split into Men and Women categories with panels of comics or funny quotes like ‘Anti Skub’.

No One is Thirsty.

If you love his comics, you can show some support by becoming a patron or shop for your favorite merchandise!