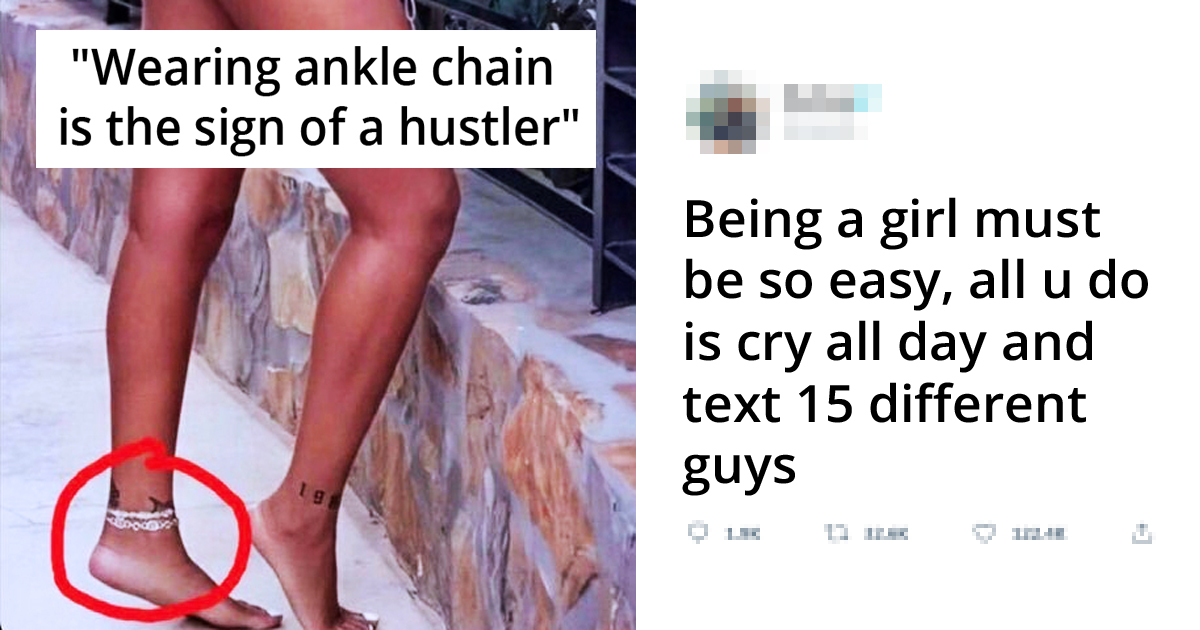 Some of us didn’t listen to the teacher during Biology class. Not everyone learned about social structure and its in-depth explanation if they don’t enroll in the specific lecture. But really, it takes a really messed-up upbringing and circle of friends for people to actually believe in these things.

One thing people need to know is that there are foolish people out there (there’s just no way to gloss over this because they chose to remain so instead of using the most powerful knowledge source, Google), and you have to /s your statement to separate yourself from them.

Otherwise you’ll end up in the subreddit r/NotHowGirlsWork.

“Is there a source for women?”

“Yes, because I actually want a completely dependent creature at a time where I can’t even afford my own food, THAT’S why I have a cat.”

“Something tells me this person has never had a girlfriend.”

“Women are children you can have legal sex with.”

“Lmao this man has truly ascended.”

“I’m no expert but I think it’s because it hurts?”

“That’s not how any of this works.”

“Because an expensive car is going to make you less creep.”

“Are you talking about magpies or women?”

“Btw, this guy still believes that arranged marriages are the way to go.”

“I don’t think this guy has ever had a girlfriend.”

“Found on a ‘girls vs. boys’ meme. I guess all women share all the same musical taste and political beliefs?”

“Someone please explain to me why men are so insistent on making claims and assumptions about spaces they’ve never been in?!”

“Hear that, extroverted girls? You lost your soul.”

“Ladies, be warned about the power of ankle bracelets.”

“This raises so many questions.”