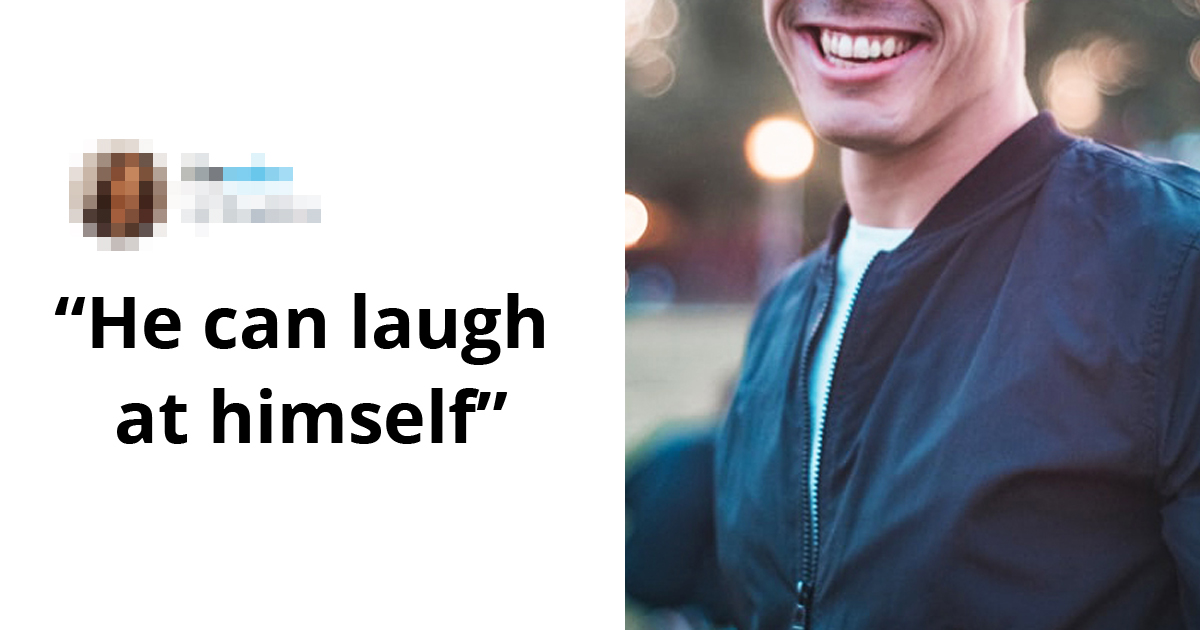 A Redditor asked for people who are in “happy, healthy, and fulfilling relationships” to share from their personal experience how they found their other halves. What were the “green flags” that made them think firmly ‘he/she is the one’?

The answers are just too beautiful. If you have been single during the quarantine, pretty sure reading through these stories would just remind you just how lonely you are. But fret not, being single is always better than being caught up in a toxic one, right?

“He enabled me to face my fears, not by pushing me but by being the ultimate “safe space” enabling me to take emotional risks and grow mentally. Right from the beginning, I could trust him totally. I never once checked on him, worried about him cheating or felt that jealous uncertain churning in my stomach. This was very new for me at the time and hasn’t changed.

After 20 years of marriage, he still accepts me 100% yet makes me want to be a better person.” – sometimesnowing

“I had so many girlfriends that tried to change everything about me all the time. When I met my wife, she actually listened to who I was, and what I wanted in my life, and helped me get there, instead of looking for things to “fix” about me. That completely sealed the deal. I didn’t even know a relationship with a woman could be like that. I thought they all just eventually tried to wear you down into being somebody you never wanted to be.” – ElectricChess

“I’d rather spend time with her doing nothing than doing something with anyone else.” – stephndunne

“I noticed that people genuinely liked him, even strangers. And he’d smile at babies.” – Electronic-Worry4666

“I was able to express my emotions and thoughts to him without his getting angry or judgy. He fearlessly lets me have my feelings without trying to change them; we talk them out and it feels so much better afterwards. I feel like I could tell him absolutely anything, so the trust between us is more solid than I’ve ever had with anyone else.” – MissIscariot

“I confessed about my anxiety disorder and he didn’t use it to his advantage or make me feel broken or guilty for it.” – unfollowingyou

“It was instantly easy to talk to her. I never felt like I had to put on a show for her because she never did with me, and she actively affirmed me in that. She immediately blew every standard I thought was high enough out of the water.” – meltingfrog

“We trusted each other to go out alone and have fun with friends of the opposite sex. No jealousy, just faith that you’d do the right thing. With her for 14 years and married for 9.” – dirtyw82

“We’d been dating for about a month, one day out of the blue he turns to me and goes, “I could take apart and clean the drain pipes under your sink if you want. I noticed the sink is a bit slow to empty.” Completely unprompted. That’s when I knew he’s a man who wants to build something with me.” – jane9812

“I grew up in an angry, volatile home. Anything could make the “adults” snap and go on a rampage.

When my then-boyfriend, now husband, and I came home to find a major leak in the bedroom ceiling, which had leaked all over the bed and caused significant damage, he just flatly said, “Well, sh**.” And called the building manager. No screaming, no throwing things, no blaming anyone, just a calm acceptance and then action to rectify the problem. We’re going on 16 years married and 20 years together.” – ChockBox

“Before my first marriage, I often thought that maybe I should cancel the wedding… and the marriage didn’t work out. I never had that thought going into my second marriage. Not one, single time. That’s a pretty hardcore green flag, right there. And obviously, potentially a red flag, too, if you’re entertaining a fair amount of doubt prior to a wedding.” – theundercoverpapist

“Explicitly told me that I could just say I didn’t feel like having sex and he would never be upset or hurt, because he knew it wasn’t about him.” – stefaniey

” I grew up in a household where arguments are a “who shouts louder” competition. “Arguing” with my boyfriend is not even arguing. We just talk, say what bothers us about something, also point out the positives and improvements since previous conflicts, and try to figure out what we need to do to solve the current issue. It’s so, so much better.” – Marianations

“It’s the little things, really. Like he will always respond and pay attention to me when I called his name, even if it’s for mundane stuff like me wanting to point out there’s a snail on the pavement.” – pm_me_your_fancam

“Evaluating my needs, something as simple as offering me some of their water after getting it for themselves.” – Yivo9

“My fiancé is extremely intelligent. He has two STEM degrees, a very successful smart-person career, his memory is stellar, and he’s able to digest new information at lightning speed. I’m intellectually average, and a lifelong heavy reader with an English degree.

He’s never once made me feel stupid for not knowing or understanding something, which is lovely, but what gets me even more is his absolute comfort with the gaps in his own knowledge. He never pretends to know things he doesn’t, and he’s not self-conscious about it. His face absolutely lights up every time someone uses an unfamiliar word. He takes such obvious pleasure in learning. It’s an admirable trait and was an early sign that he was somebody I wanted to spend a lot of time with.” – address-unknown

“When the others ladies at my workplace were airing their complaints about their spouses, and I couldn’t think of a single thing to contribute to the conversation.” – ecmc

“Being able to discuss anything, even flaws, without them/me getting mad. Communication is the most important thing in a healthy relationship. (Love is just as important though, I guess)” – Todbringe98

“Immediately made it clear that we are a team and it’s always us vs. the problem.” – stefaniey

“He can laugh at himself.” – Travel_The_World

“I have Crohn’s and was always kinda feels shamed when I’m with someone, even if it is just for a night. When I started dating her, I thought I won the lottery; zero fear of what she would think because she was always so good to me and supportive, even in the bathroom. Haha, best girlfriend ever.” – cigbraz

“She isn’t afraid to have a different opinion than mine, but she always hears me out and she ALWAYS supports me. Every time I phrase something about myself in a negative way, she reframes it for me in a different light and more often than not it pulls me out of a dark mood. In my previous relationship I felt awfully critiqued for just being the person who I was, and that critique would often make me feel guilty for not meeting the standards set for me by my SO. Now that I’ve got a partner who celebrates who I am, I realise all along that I’ve been holding myself back from just doing what makes me happy.” – djkmart

“I hate being tickled, but am very ticklish. She discovered it early in the relationship, and I asked her once to not tickle me. She has never tickled me again in the following 10 years. Just shows respect.” – Sir_Loin-Steak

“I have an autistic sister. She’s currently 20 with the mental capacity of a three year old. Not everyone knows how to handle that. Well, 4 years ago when my girlfriend met my family, the two immediately became best friends. My girlfriend has always cared so much for my sister and would even sit with her while I wasn’t home so my mom could go have a life for herself.

To this day, my sister smiles and laughs like a mad man when she see my girlfriend. I don’t know how much information she can retain but they’ve always loved each other, and I think my gf has had a huge impact on her life.” – noahlantz

“I can fall apart with him and feel supported.” – elizacandle

“The first time we had sex I got my period and didn’t realize until we were done and I went to the bathroom to pee. It wasn’t a ton of blood but I know it was enough to have gotten on him and the sheet. I walked out of the bathroom and he was standing in the doorway of the room and said something like, “Is everything okay? Did you get your period or something?” And then we both smiled big and started cracking up and he was totally cool and sweet. The next morning he invited me to go sheet shopping with him because he ‘needed new ones anyway and wants me to like the ones he picks.'” That was about 9 years ago.” – addicted_to_blistex

“Before my wife and I were dating, I very quickly noticed that she always invited the loners to join in the conversation. If she noticed someone we knew sitting alone she’d always extended an invitation to join or ask their opinion.” – CounterTouristsWin