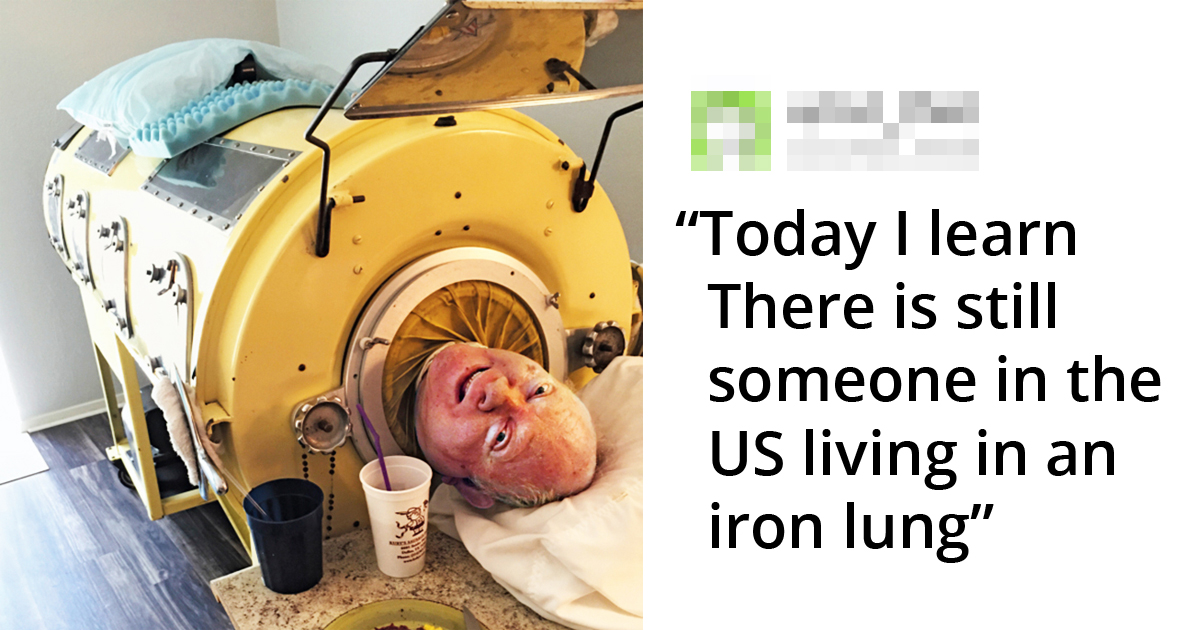 You never stop learning, and you may not ever be able to learn everything about this world. Even today, there are still things scientists and experts are unable to explain. But knowledge is so vast and abundant, and it’s there if you wish to find it.

Below are things that people shared on the ‘Today I Learned’ subreddit. Shortened as ‘TIL,’ it’s where people pool fascinating facts they learned on that day to almost 25 million other members in the group. Something is addicting about learning and watching ‘fun facts’ as it’s just part of our curious nature.

We’ve added interesting facts along with these that will help you learn a thing or two more today!

“TIL that one of the 2 co-owners/founders of Macy’s died on the Titanic, along with his wife, because he refused to board rescue ships before women and children were helped. His wife chose to stay behind because she did not want to abandon her husband, so they both died together aboard the Titanic.”

“TIL that the youngest French resistance hero was a little boy who acted as a courier for resistance fighters, slipping past enemy patrols and carrying messages. In 1950, he was posthumously awarded the rank of sergeant of the resistance. He was Marcel Pinte, and he died for France at the age of 6.”

“TIL that Russian President Boris Yeltsin once got so drunk at a state dinner that he drummed on Kyrgyzstan President Askar Akayev’s bald head, using dinner spoons.”

“TIL about Judith Catchpole, a young maidservant in the colony of Maryland, who was tried in 1656 for witchcraft and killing her newborn child. The judge summoned an all-female jury, who determined that Judith did not kill her child – in fact, there were no signs that Judith had even been pregnant.”

“TIL that in the 1830s the Swedish Navy planted 300 000 oak trees to be used for ship production in the far future. When they received word that the trees were fully grown in 1975 they had little use of them as modern warships are built with metal.”

These forest of tall oak trees can be found in Jönköping N, Sweden. It is now named the Visingsö Oak Forest, a forest that was planted for naval ships that were never needed. These trees are also very well tended for so they can grow as straight and tall as possible. Did you know that oak has been used as the preferred material for building ships since Vikings’ times?

“TIL Reagan and Gorbachev Agreed to Pause the Cold War in Case of an Alien Invasion.”

“TIL that Britain’s worst nuclear accident would have been much worse, were it not for Sir John Douglas Cockcroft. Who insisted on installing filters onto the exhaust shaft of the Windscale Nuclear Power Plant. When the accident happened the radioactive dust was reduced by 95%.”

“TIL Saudi Arabia accidentally printed thousands of textbooks containing an image of Yoda sitting next to King Faisal while he signed the 1945 UN charter.”

“TIL that during the Danish Colonization of Greenland, missionary Hans Egede found that local Inuit had no concept for what bread was and so he changed the Lord’s Prayer to say ‘Give us this day our daily seal.'”

“TIL that Edvard Munch’s famous painting “The Scream” was painted on cardboard.”

‘The Scream’ (‘The Scream of Nature’ in German) was drawn by Munch himself based on a sunset view he saw while walking along the fjord of Oslo. Experts suggest that this might have something to his sister’s condition at a lunatic asylum and his feelings about it. He also drew a total of four of the same paintings; two in paint and two in pastels.

“TIL of Waverly Woodson, a black medic who treated at least 200 injured men on D-Day while injured himself. As he hit the beach a shell tore apart his landing craft, filling him with shrapnel. Despite this, he set up an aid station and treated wounds for 30 hours, at one point even amputating a foot.”

“TIL the great smog of London in 1952 was so bad that pedestrians couldn’t even see their feet. Some of the 4,000 who died in the 5 days it lasted didn’t suffer lung problems – they fell into the Thames and drowned because they could not see the river.”

“TIL of a French soldier who was taken as a POW and fed only potatoes during his captivity, and survived. Feeling like he should have died, he made it his life’s mission to convince the world of the nutritional value of potatoes, and his tomb in France is decorated with potatoes as a tribute.”

“TIL mercy dogs were trained during World War I to comfort mortally wounded soldiers as they died in no man’s land.”

“TIL the former World Chess Champion G. Kasparov described Hungarian female chess player Polgár as a “circus puppet” and said that women chess players should stick to having children. Later in September 2002, in the Russia versus the Rest of the World Match, Polgár defeated Garry Kasparov.”

“TIL that 30 years ago you had 15-17 minutes to escape a house fire. Nowadays you only have 3-5 minutes (due to more plastics & petroleum-based products in the house as well as more open floor plans, bigger rooms, & higher ceilings).”

“TIL that four high-school students in the ‘70s are the reason we no longer have pay toilets in America. They created an organization called CEPTIA, and were able to successfully lobby against the issue. 8 years later, pay toilets were all but nonexistent throughout the US.”

“TIL that Simone Segouin was a French Resistance fighter in WWII that was only 18 when Germany invaded. She took part in large-scale missions, such as capturing German troops, derailing trains, and other acts of sabotage. And she is still alive and just celebrated her 95th birthday.”

“TIL about Mary Ann Brown Patten, who took command of a merchant’s vessel in 1856 when the captain, her husband, became ill and the first mate was found to be sabotaging the voyage to win a bet he’d placed on a competitor. She defeated a mutiny attempt and brought the ship safely back to port.”

The ship ‘Neptune’s Car’ was bound around Cape Horn from New York to San Fransisco. Mary was in command for 56 days while his husband, Joshua Patten, collapsed from fatigue. What made this such an amazing feat was Mary was pregnant with her first child at the age of 19! During her time as the captain, she also studied medicine to help her husband recover.

“TIL that although Tchaikovsky’s 1812 Overture was written to include cannons firing and cathedral bells, synchronizing them with an orchestra proved all but impossible. It wasn’t until 1954 that composer Antal Doráti mixed a studio recording with cannons and bells, finally playing it as intended.”

“TIL if you get a zebrafish drunk and put it in a tank of sober zebrafish, the sober fish will adopt it as their leader and follow the drunk fish around the tank.”

“TIL car trunks got emergency release handles because a middle aged woman and her husband escaped being kidnapped and fought for it until it became a requirement.”

“TIL If you grind a marine sponge through a sieve into salt water, it’ll reorganize itself back into a sponge. It’s the only animal that we know of that can do that.”

“TIL In 2007 a man in a wheelchair was hit by an 18 wheeler. The handles were ensnared within the grill of the truck and he was pushed at over 60 mph for several miles on the highway. Amazingly, he escaped without injury.”

Ben Carpenter survived the insane ride which ran at 80km/h back in 2007. The 21-year-old, however, was completely fine. The accident happened as the trucker did not see Carpenter who was still mid-crossing when the lights turned green. His aide also panicked and couldn’t find him until a driver honked loudly at the truck. Not even a scratch was found on the boy with muscular dystrophy.

“TIL there is still someone in the US living in an iron lung.”