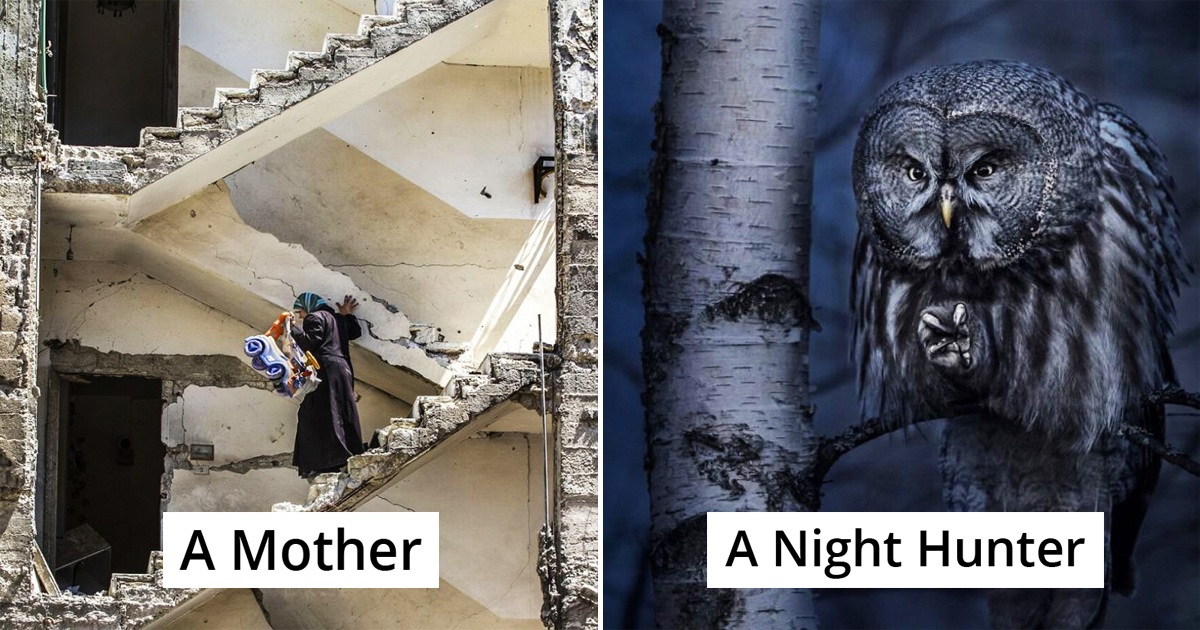 Photography is the perfect mirror to the world around us, and regardless of how an image is recognized spectacular or not, it remains a good representation of all the words we choose to utter or not. It’s equally the best platform to convey feelings and thoughts, and indeed, every photograph is worth a thousand words. Amazing images have emerged from the 2020 Siena International Photo Awards, and the ‘Frozen Mobile Home’ by French Photographer Greg Lecoeur is the overall winner. The image was captured in Antarctica, and it highlights the fragility of our oceans.

Over 10k photos were submitted from an estimated 156 countries, and of course, the entries are downright mesmerizing. Winning the Short Documentary Film with an exceptional clip is an Egyptian Photo identified as Nader Saadallah with his ‘The Forgotten.’ While Brent Stirton, a South African photojournalist, won the Best Author Award, having covered issues ranging from cultures, sustainability, and global health. Here we’ve compiled 25 of the best photos, and they’re truly historical. Have a look!

In Quang Phu Can, a village in Hanoi, Vietnam, workers sits around thousands of incense sticks as it plays a significant role in their spiritual life. Incense is used in all worship locations, and the bamboo bundles are usually arranged on sunny days to dry them.

Waiting For Winter In The Beauty Of Nature Category

Leaves are apparently against the silhouettes of beech trunks in this cold winter forest. The scene is captivating, and it’s worth keeping in your photo archive.

A Nubian Ibox spotted in the Israeli Negev desert was in search of food with her one and a half-month-old puppy. The passage they walked on was challenging and quite dangerous.

The early morning of the Maat Museum witnessed a security guard walking around the building slowly. A path between the structure and the river Tejo brought forth a perfect shot.

Taboo In The Fascinating Faces And Characters Category

This picture was captured in a home studio in Iran and was inspired by a movie project hinged on Afghan immigrants. Who wouldn’t be mesmerized by seeing someone wear a burka?

The Desert Ice In Sports In Action Category

Will Gadd, a professional ice climber, can be seen on half glacial ice in Mont Kilimanjaro. The ice wall appears like it’s an iceberg that evolved from inside of the sand.

The Dentist In Animals In Their Environment Category

Moray eel had its routine dental checkup with a cleaner shrimp. The cleaner shrimps cleaned out insects, algae, and even parasites in order to keep the Moray eel quite healthy.

In The Storm (Journeys & Adventures Category)

The Nenets people amid a snow storm! In Siberia, the temperature within wintertime can go as low as below 50 degrees, and its wind blows over 100 kilometers per hour. Life is apparently difficult during this time.

The Utopia In Under 20 Category

In our today’s society, it can be pretty impossible to see a scene like this. This photo is called the Utopia, and it’s downright a striking nature.

The Koichi Omae In Fascinating Faces And Characters Category

Amputated dancer Koichi Omae is from Osaka. Omae, at 23-Year-Old, joined the dancing world but an accident took all that so much loved. Omae’s left leg was amputated, but with great willpower, the career awakened.

Icebergs tend to fertilize the oceans, and they are actually responsible for influencing the carbon cycle. Huge crabeater seals spend their whole year on the pack ice, and it’s evidently heart-melting.

Mother In Documentary And Photojournalism Category

For 4years, Syria’s third-largest city – Homs, had been faced with a war. And here’s a mother who finally returned home at the end of the dangerous conflict. Interestingly, she found her child’s toy car in their shattered home.

The Sisters In Fascinating Faces And Characters Category

This is an image of beautiful sisters from Northern Russian. Three sisters from the city of Krasnoyarsk have an unmeasurable love and respect for themselves.

La Dama Blanca In The Beauty Of Nature Category

Nature truly reigns, and among its beauties is the wild cliffs of Portugal where you can observe the nesting of storks.

The Hope In Documentary And Photojournalism Category

This 6-Month Old Whale got injured by a boat in the Southwest of Tenerife. The influx of ships has, over time, poses a severe threat to whales across the globe. There’s obviously an urgent need to care for our marine animals.

Here’s Sima and Riya. They are two best friends residing in the tea garden region of Sylhet, Bangladesh. The smile on their faces is the perfect reflection of pureness and unconditional love.

Can you spot the lighted window? Just a single apartment’s window is lit in Tsing Yi District – a highly-populated area of well-known Hong Kong.

When Rays Fly In The Animals In Their Environment Category

Group of Mobula Rays in the Sea Of Cortez can be seen gracing in mid-air. Obviously, having a good time, they are throwing up their wings and flying like birds.

Spanish Moss In The Beauty Of Nature Category

The late Autumn colors have does it magic! Making the Spanish moss appear monochromatic is an amusing reflection of a misty atmosphere. Are you spot the magnificent beauty inside the swamp?

This photo took 1st place in the sports in the action category. Portuguese Diogo Cancela was practicing prior to day three of the British Para-Swimming International Meeting. Diogo is truly an inspiration, and those nose bubbles are captivating.

The World Going Upside Down In Animals In Their Environment Category

Bornean Orangutan – Man of the forest, took the 2nd place. Known for feasting on figs, lychees, mangosteens, and slurp water from holes, an adult male Orangutans is recognized to be weighing an estimated 200 pounds.

The Stolen Childhood In Documentary And Photojournalism Category

Taking the 2nd place, Bilati, at aged 3, awaits an operation to repair her vagina after being raped. Rape cases have gotten out of the scope in DRC, and a lot of women, including children, tend to suffer social exclusion.

Night Hunter In Animals In The Environment Category

Owls are known for great hunting skills, and this photo was captured seconds before it confronted a vole under a full moon. This is quite spooky but did attain 1st place in the category.

Fear In Documentary And Photojournalism Category

Prisoners became more scared after one of the captured passed away as a result of Meningococcemia. This photo got an Honorable mention, and it was captured at a detention center in Binan, Laguna – the southern part of Metro Manila.

Three Month Old Brenda is prepared for her Surgery. Brenda had damaged her humerus, having experienced the rainforest’s ongoing depletion due to logging and hunting amidst others.