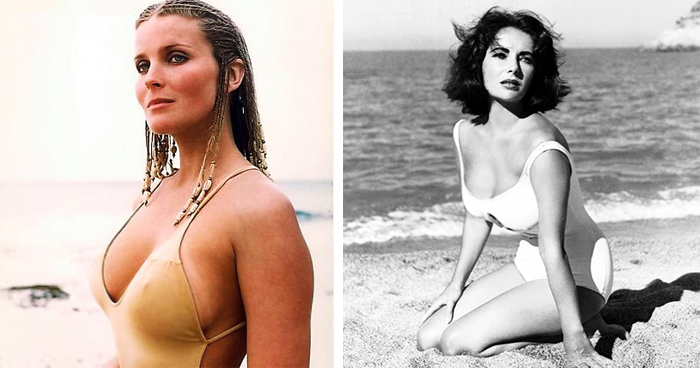 24 Most Iconic Swimsuit Scenes From Movies And TV Shows

Who still remembers Phoebe Cates in her red bikini suit from ‘Fast Times at Ridgemont High’? Or CJ Parker from ‘Baywatch’ portrayed by Pamela Anderson in her bright red one-piece? Halle Berry looked slaying in the orange bikini set in ‘Die Another Day,’ especially with the complimenting knife on her waist.

It’s June, and summer is closing in. Definitely nothing wrong with getting inspired by some of these celebrities’ wardrobe choices when they hit the beach or pool. Or just remembering some of the most shocking scenes ever, like that one time in ‘Borat.’

#1 Kristen Bell as Leigh London in The Lifeguard

#3 Halle Berry as Jinx in Die Another Day

#6 Brigitte Bardot as Jill in A Very Private Affair

#7 Ursula Andress as Honey Ryder in Dr. No

#9 Sally Field as Gidget in Gidget

#11 Pam Grier as Coffy in Coffy

#16 Salma Hayek as Santánico Pandemonium in From Dusk till Dawn

#18 Tara Reid as Bunny Lebowski in The Big Lebowski

#20 Jessica Alba as Sam in Into the Blue

#23 Rachel McAdams as Allie Hamilton in The Notebook