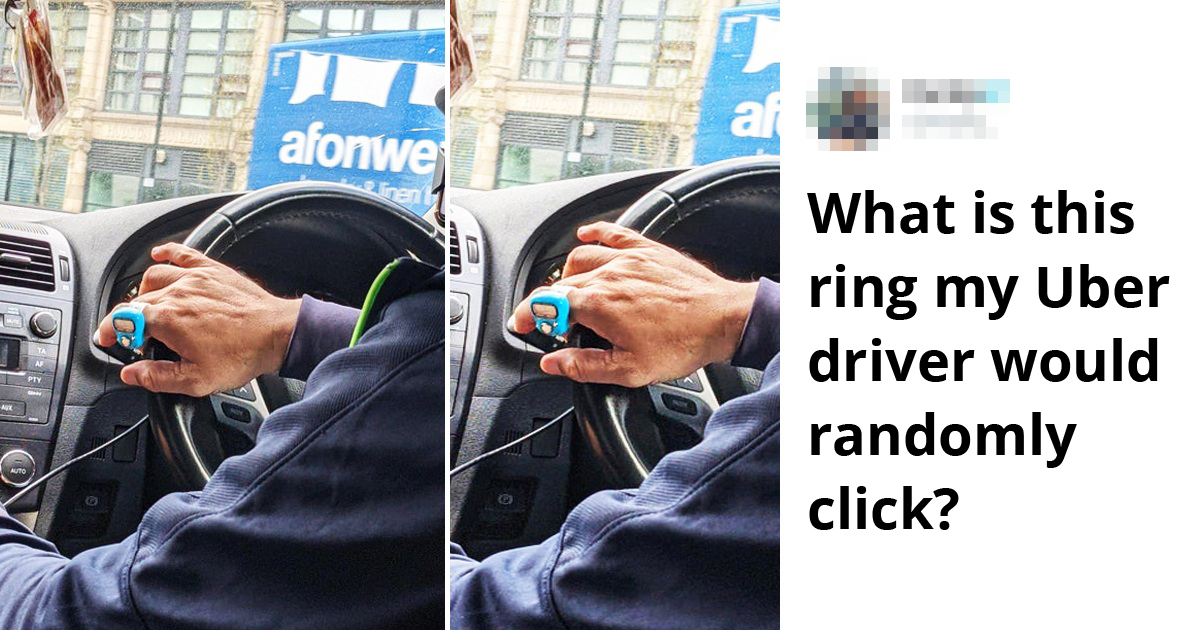 22 Mysterious Things People Couldn’t Identify But The Internet Could

Creations, contraptions, designs, and handiwork of people of the past never cease to amaze us. Just a few decades ago, people lived so differently without the help of technology and automobiles. And there are also many specially made parts in daily-used objects that we never really understood. But there’s definitely someone on the Internet who can.

The mind is always curious, and that’s why the subreddit ‘What Is This Thing’ is never short of something mysterious people want to ask about. Now scroll on to check 22 new weird and never-seen-before items and see if you can make a correct guess at what they might be!

“What are these? Some type of liquid candy or juice or what?”

“It’s a shop with walls and a door, sometimes some big windows, with fruit and vegetables for sale inside.”

“WITT I found in a handbag? It’s made of metal, and both balls are glued fast. The bar moves. The 4 ends are not rounded, just clipped.”

“Found when moving; nicely made wooden box with a small clock in the lid…”

“It’s an old desk organization accessory. The smaller cubbies are sized for business cards and the larger for standard envelopes.” – Reddit

“It is the bottom (cradle) for carrying a stoneware crock.” – Reddit

“Family heirloom. It’s a little bigger than an AA battery and has about the same weight. It has a tiny pin hole in the top. It also has a combination with numbers 5 to 9. Combo is unknown so don’t know what (if anything) is in there. Feels hollow. Sterling silver that says “Providence” on it.”

“It’s a needle case with little compartments inside. The top doesn’t come off — the numbers indicate the size of the needles, which you take in and out through the little hole.” – Reddit

“What is this ring my Uber driver would randomly click?”

Prayer beads are traditional methods people use to count their prayers. You can observe this religious act in not just Muslims but also Christians, Buddhists, and Hindus. Depending on their practices, some people have exactly 33 beads; some might have more. They will move the bead every time they finish the prayer and move one bead over until they reach a full round.

“Wooden box found at a thrift store. The area behind each keyhole is drilled out but they don’t connect together behind the metal plate.”

“This is apparently a manual dexterity evaluation test used in neuropsych to evaluate fine motor skills. The random keyholes are intentional to require different approaches to inserting the key and rotating it. There would have been 25 little metal keys stored in the wooden bowl part of the thing.” – Reddit

“Can anyone identify what purpose this piece of furniture serves?”

“It is a telephone stand. The handle is to move it around the room.” – Reddit

“This is known as a student oil lamp. The canister is an oil reservoir. By putting the reservoir on the side the lamp would balance better and it reduced the shadow that would have been cast by the bottom of the lamp if it maintained the more traditional design.” – Reddit

“What is this sort of little trays holder? It has a handle, it’s all made of metal, and the three detachable trays have an “8” shape and two round holes each.”

“They are bagel trays from a bread-making machine.” – Reddit

“About the size of my hand. Found in the trash.”

The perpetual calendar allows one to look into a date into the future of many years to come. By turning the dial according to the calendar type it was made of, one should land on the correct date at least a few years in the future. This model was laser cut by ROKR and should be accurate up to 2040.

“Found deep inside of a recliner, it’s made of glass. Green part is plastic.”

“That is a plastic maple sap spile used to tap trees and collect sap to make syrup. The green is a plastic hose. Modern sap collection uses these cheaper plastic taps and connects to a series of tubing running to a central sap collection point.” – Reddit

“Unusual small silver box with wing on chain inside.”

“It’s a purse hook. You hang it off of the table so your purse doesn’t touch the floor. The company that made this one is called Arbon and it’s from mid-century.” – Reddit

“What is this truck with five massive spheres on the bed, and why does it drive past my house every morning around 8am?”

“They are StarLink ground station pods. They are ground uplinks for satellites, so when you connect through their satellites, your traffic passes through one of these and onto the internet.” – Reddit

“What is this green piece of plastic? Has just enough give in the plastic to leave a nail imprint.”

“What is this tiny saucepan thing my husband inherited? It has a removable thing with holes around the edges.”

“It’s a single egg poacher. You put water in the bottom and an egg on top. It essentially poaches the egg.” – Reddit

“Curved wooden slatted thing which pivots in the middle, left in garage by previous owner of house.”

“You’ll see 2 slots in the steel bar on the bottom — a length of wire goes in there to hold it open at the right width, then a glass panel rests on the top to form the tabletop.” – Reddit

“Small opening brass container on a stick. What is this?”

“This building was found in a country estate in Scotland. It’s about the size of a large shed and has small slits and platforms on the outside.”

“It’s a ’Slovenian beehouse.’ It allows for multiple complete hives where the bees live, which I suppose is less like a hotel and more like condominiums.” – Reddit

These bee houses are unique Slovenian designs. The Slovenians call them AŽ hives derived from the name Anton Žnideršic. Man created these structures in the nineteenth century, and its purpose wasn’t just to protect the bees from harsh weather but also allows workers to work in a more comfortable space. They can last up to 50 years!

“What is this stand found in a farm In Missouri, USA?”

“Found this piece of glass(?) that changes depending on how you look at it, where could this have come from?