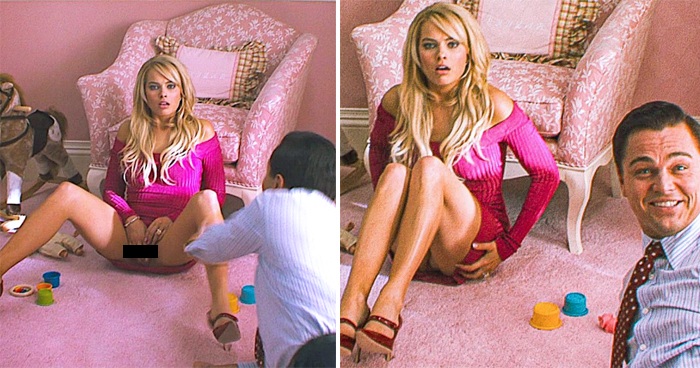 21 Of The Most Paused Scenes From Popular Movies

Some scenes from movies are so memorable, people pause and share them all the time. And this is the list of those iconic moments that people always recall and say, “Ah, it’s that part.”

And these are people’s favorites from the history of Hollywood movies. We know you’ll just end up wanting to rewatch some of these and catch those Easter Egg scenes!

They might have paws and furs, but they, too, have an amazing taste in music like us.

Marvel Studios’ movies are always full of Easter Eggs that make you want to keep pausing. But the earliest movie, which starts with Iron Man, shows the familiar shape of Captain America’s shield.

Schwarzenegger’s Mars made him (and viewers) see something truly unexpected.

Animation x live action. Jessica Rabbit’s sensual character became rather ‘controversial’ in her own way with men constantly staring at her when they walked by.

A psychological movie where Sharon Stone plays the murderer who continues to elude her pursuers. And as some of you might know, she wore nothing in this scene (and it was visible against her wishes, but this still remains one of her most iconic acts)!

We will never know why there’s a cardboard cutout of John Stamos there, but here it is. A bizarre scene.

Yep! That’s Adam Lambert! For some of you who recognize the name, know that this is the singer-songwriter that made fans go wild in the theater when they saw his cameo appearance.

Your introduction to Marilyn Monroe must’ve most definitely included this one picture of her. The sex icon attempted to seduce Richard Sherman’s character here.

A movie ahead of its time, do you notice how this man looks dead serious about a Pacman game?

Yes, everyone wants to know who the villain is. This clear shot of Pazuzu, the demon, is one of the most paused, naturally.

Oh, yes. That’s very much an actual camera filming this very scene. It is also Morpheus.

Anchorman: The Legend of Ron Burgundy (2004)

The Spanish-speakers as they encountered this scene in the crackhead movie probably tilted their head. Because it reads: We spit in your food.

In one of Margot Robbie’s most seductive moments, we have Leonardo DiCaprio’s crawling held back by her leg. Such amazing chemistry!

A wall of pictures is a great source of Easter Eggs. Just look at how much they invested their time into making it all real.

In American Pie, There was a scene that was very memorable to viewers. It was when a foreign student, Nadia, undresses to a live webcam audience, even though she thinks she is alone. It is a moment that was certainly paused and replayed quite a bit.

Some of us just love the tiny details filmmakers add to create realistic scenes. Just like the list of controllers for different monsters are shown here. It is definitely a movie you did not expect to be so good.

People couldn’t get enough of the dance sequence Brie’s old college friend, Jake, did during the time he starred for a former college fling.

E.T. appearance during senator meetings, you really can’t miss this as a ‘Star Wars’ fan!

This scene is where Dustin Hoffman’s character, a green, fresh graduate Benjamin Braddock, is being seduced by Mrs. Robinson while in the process of stripping for him.

It is family-friendly and hopefully, the kids don’t notice the man who had his zipper down from the bleachers.