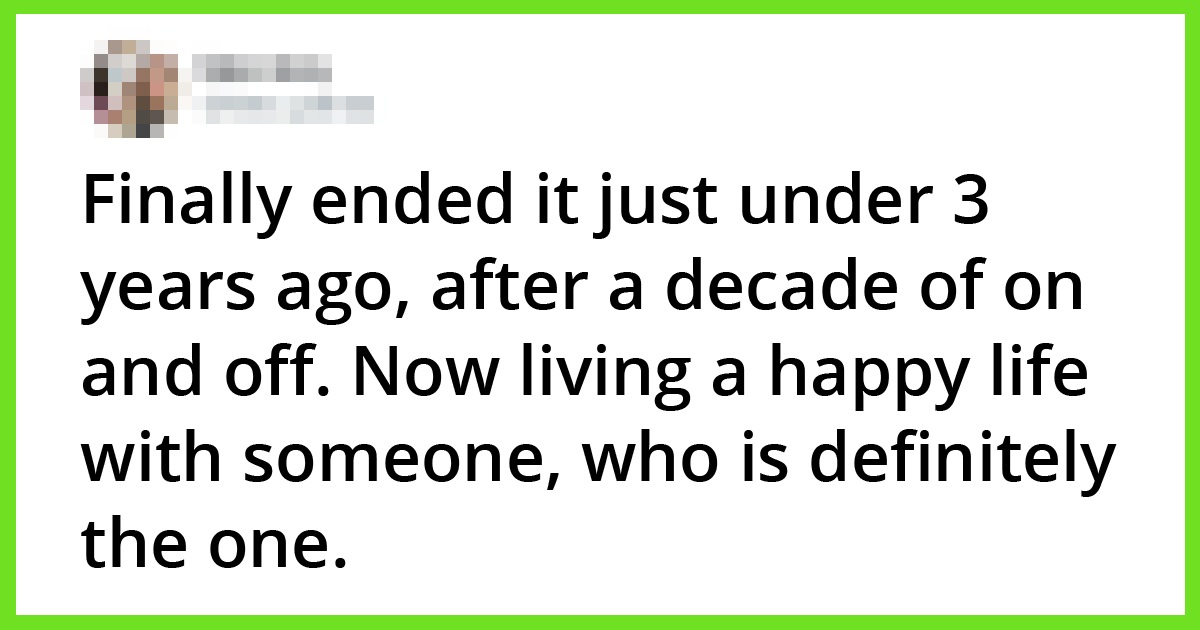 Everyone wants to meet their Prince Charming. It can even be said that we were intoxicated in romantic stories of people who found the one true love that made them feel butterflies in their stomachs. But in reality, finding someone who’s willing to accept your all while you do the same is close to impossible for some people.

These women talk about their marriage that did not start with your typical ‘love at first sight’ or a burning ember that made them irresistible. They had doubts and questioned if what they were feeling could be called love. Perhaps, love isn’t all that amazing as people said they were?

“I had doubts. Serious ones. But I also thought he had strong potential to be a really great dude for me and I knew I loved him so I married him 6 months after we met. 3 years in we’re still going strong. We started a business together, got two dogs, went through infertility together, moved into a new house that was in the process of turning into our dream home. He’s really worked on fixing the parts I had doubts about, and we’ve really worked on our communication. I also work on not being so demanding and being better about my admittedly short temper. We still have struggles from time to time but every month gets easier.

He’s kinda like Captain America. He isn’t a perfect husband but he’s a good man, and that makes him work to be the perfect husband and as long as he’s putting in the effort (and I am too!) we’ll make it.” – frostysbox

“It went well for 10+ years. We are now apart but co-parenting. Life isn’t perfect, but that’s ok.” – HongKongMother

“Fairly well, ups and downs for six years now. He works long hours and I love spending time on my own! It’s harder when we have his kids as I have no desire to be a mother, but I’m better at organizing than him, so take on a childminder role anyway. Hoping for the world to open up soon, as one of the things we enjoy is a romantic get-away. I love him, but I’m not in love with him. But that’s enough for me, as he is one of three men I have ever been interested in. I don’t(and have never) get crushes. I think I’m a bit asexual. Oh, and even greater now as we found a rental house instead of a flat and I have gotten cats!” – SunshinePipper

“I sometimes wonder if people confuse “The One” with the infatuation stage of romance? My good husband now is good. He’s a fine person; a strong provider; he makes me laugh; the sex is satisfying. We can talk to each other easily. It’s just not “IN LOVE” that everyone says they want.

Don’t get me wrong: There is love. But the romance/prince charming/Ride Or Die thing is not there. I’m in this for the long haul. So is my husband.” – Babaloo_Monkey

“My partner and I are doing alright. We communicate well enough and we support each other well. Is he the one? I don’t think so. I don’t feel a passionate love between us and I’m not super sexually attracted to him (even though he is conventionally good looking). We have been together for four years on and off. We live together. But, if he asked me to marry him, I would say no. That’s usually a good way to determine whether you’re “meant to be.” – russianandanxious

“It has gotten better with work. He’s a good man, and I love him but never fell in love with him. At the time we met, I didn’t want nor need that. I needed safety and stability. Now that we’ve settled into life together, I’ve embraced those traits he brings, and when I get the urge for something more exciting, I find it in other ways. I’m still very much an independent person, so if I want to work on my hobbies or try out something new, I do (within reason). Covid and this season of having small children have been more challenging, but I do the best I can.

These days we’re working on communicating better, and now that both kids are sleeping well, we’ve been able to rekindle things in the bedroom, a big game-changer. The next thing we want is to have somewhat regular date nights again. I think what makes us work is that we complement each other well, and we both want this marriage to last. So far, it’s worked – we’re celebrating our fifth anniversary next month and have two children and two cats.” – HaneTheHornist

“It’s sad and boring, but safe. I do miss the one sometimes, but we’re just friends and we could never be more than that. It’s either this or total solitude so at least I have a companion, sex and someone who truly loves me. Or course I would give my right arm to have my true love, but here we are.” – arcticshqip

“Will be six years together in a few months. He is the kindest person I know and he has always treated me with nothing but respect. He is the definition of a good man. And – I can’t explain how I know this – but from the depths of my heart, I just know that he will never, ever hurt me. And safe is what I need to feel.

I never felt fireworks with him, but the guy that I DID feel that for (who I thought was “the one”) is emotionally immature, and I know he would not have respected me as much for sure. He was also the kind of guy who describes all his exes as “crazy”, so I had to wonder…” – lassify

“I personally don’t believe in “the one,” I believe in making a choice just like with anything else. We choose our partners based on a long list of reasons for everything from looks to how comfortable we are with them, etc… I chose my husband because he meets a lot of my needs, and I love him for that and for who he is. He’s not a GQ model, he’s not rich and yes sometimes he bugs the crap out of me, but I chose him. And I choose to love him for who he is rather than hold out for the idea of “the one.” – winninglottoticket

“Pretty good. It wasn’t really a honeymoon at the start but we have now been together 5 years and are very happy.” – Snoo_85580

“Married for 28 years! We have had our ups and downs, but to be honest he was the one, I just didn’t know it at the time. Sometimes “the one” is an ideal based on youthful priorities, but with maturity, you realize some of those qualities aren’t as important anymore. My husband is my best friend, but whether you marry “the one” or someone else, a good relationship requires hard work and give and take. We have been through many events together, and we grew closer as a result. We are a team!” – LoopyLadyCA

“Married for 5 years, together for 16 years. It isn’t always easy. We’re in a rough spot here, and it’s easy after every issue to think, “I knew I never should have stayed with him.” Sometimes I wonder if I’m being a coward. But there are many times when the history of a companion who knows you so well is comforting. The model of marriage I grew up in was friendly housemates. Romantic love was not attainable. Crippling judgment from my mother also made me believe I was not lovable in that way. My husband adores me and is a good man but does not fulfill me intellectually, is emotionally immature, and we are on different planets of sexual desire. It’s a struggle but it’s not a nightmare.” – HeathrBee

“Decently well. We have some communication issues to work on (as well as emotional maturity on my partner’s side), but otherwise it’s functional and I’m mostly happy.” – GoddessofPlants

“20 years of marriage and 3 kids later. We are very good partners and make a great team. However, I am somewhat sad about how little we have in common outside of that.” – gurlybrans

“It’s going. I know it’s not right, but he is a good person. Sometimes I want so much more. Right now, it would cost me so much more to be gone, and I do have love for him. Our children have a great support system between us, and we live a decent life.” – getchacorndogs

“I didn’t know he wasn’t right until our first argument after getting married. I was convinced at that point that we would get divorced one day. I’m still pretty sure it will happen eventually. We have been married for 7 years and have 3 kids. We keep our finances separate. I have protected myself in case of a divorce. We are great friends and he is a good dad.” – farmher21

“I was convinced the one was going to give me butterflies and be overwhelmed by my presence; when I met my current partner, none of those things were true. I kept questioning it being like something’s wrong. I don’t know if he’s the one. We’ve been together for a while, and I’m glad I didn’t listen to those shreds of doubt. Butterflies are overrated, my partner shows up for me every day, and we have built a really strong and solid foundation. He isn’t overwhelmed by my presence and turns out it’s a good thing. He pushes me to be a better person every day and is willing to push himself to be better too. He’s completely changed my understanding of what love is and is supposed to be. I never grew up with a good role model and took my understanding of love from mass media. Turns out that mass media love isn’t real for a reason. I’m incredibly happy with my partner now, even though there were times at the beginning where I really thought he wasn’t the one. I’m not saying stick with people you aren’t right for, but that definition of love change as you get older. And passionate flame sparking loves with no foundation don’t last for a reason.” – killerwheelie

“Finally ended it just under three years ago, after a decade of on and off. Now living a happy life with someone, who is definitely the one.” messyaurora