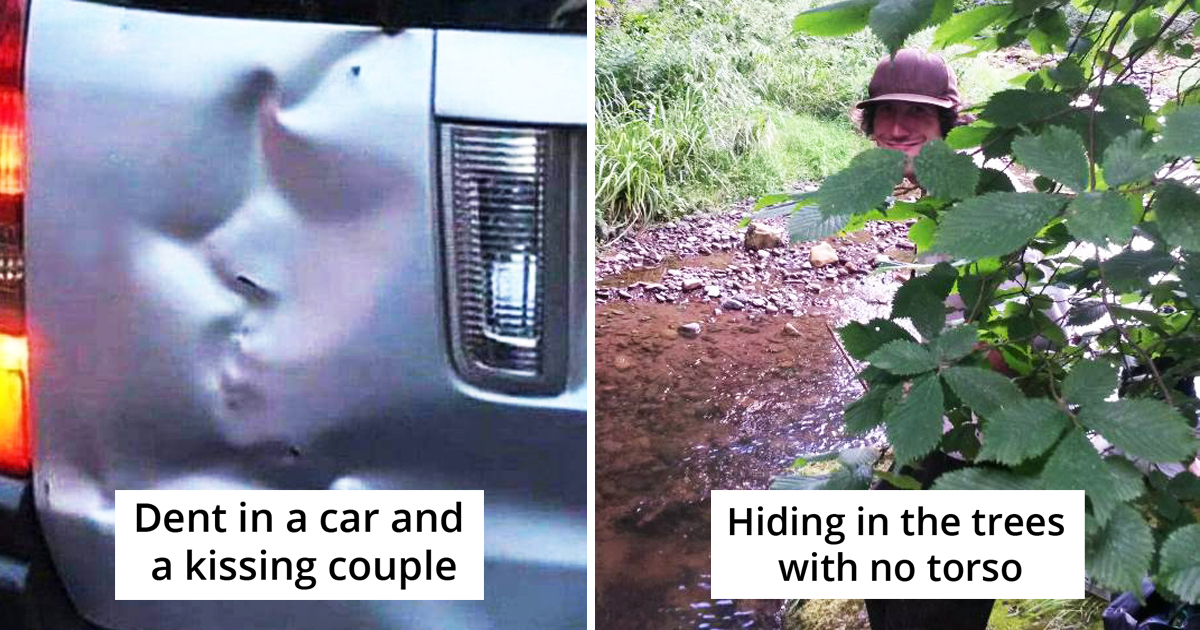 We can safely guarantee that you’re going to get a take two on these pictures. If we try to describe these things in words, we know people won’t even believe them. But when the right angle is used to take pictures of these images, laughter ensued.

Some of these are really hilarious pareidolia. Some are perfectly timed moments while some others are melting cats. Can you think of a better way to spend your time in lockdown other than laughing at these interesting pictures?

He holds the power in his hands.

“These hanging gloves in London look like Sherlock Holmes.”

“It finally happened… they fused together.”

We decided that we should add some important information while you enjoy these images of melting cats and bodyless men. Did you that in 2013, almost 95 million cats are part of US households? But every year, about 860,000 cats are euthanized, including lost cats that are less likely to be returned to owners than dogs.

“Hiding in the trees with no torso.”

“Frost of the roof of my car this morning looks a bit like a view of the earth from space.”

“Yarn on the table or giant yarn on a hardwood floor?”

“I attempted to make this crocheted blanket I made have a 3-D illusion from a certain angle.”

“My beagle doubled in length overnight!”

According to ASPCA, every year, 3.3 million dogs are put in shelters all across the United States, which is an improvement from 3.9 million in 2011. However, only 3.2 million animals, including cats and others, are adopted from the shelter. 670,000 dogs are euthanized every year.

“The view of my parents’ backyard this morning.”

“Dent in a car and a kissing couple.”

“That #FridayFeeling knowing you’ve made it to another weekend.”

“The year of the flamingo.”

That’s a mini Corvette right there.

You have probably heard of how black cats are very shunned because they bring bad luck, especially in Asian countries. But now we have National Black Cat Day on October 27. RSCPA reported that about 70% of the cats they care for are black and black/white. The RSPCA explains that disinterest range from because they are “harder to tell apart than cats with more distinctive markings to… being harder to photograph than other felines.”

Please give shelter animals some love and save their lives! If you plan to get a pet, there are many local humane NGOs and shelters with loving animals looking for some love.