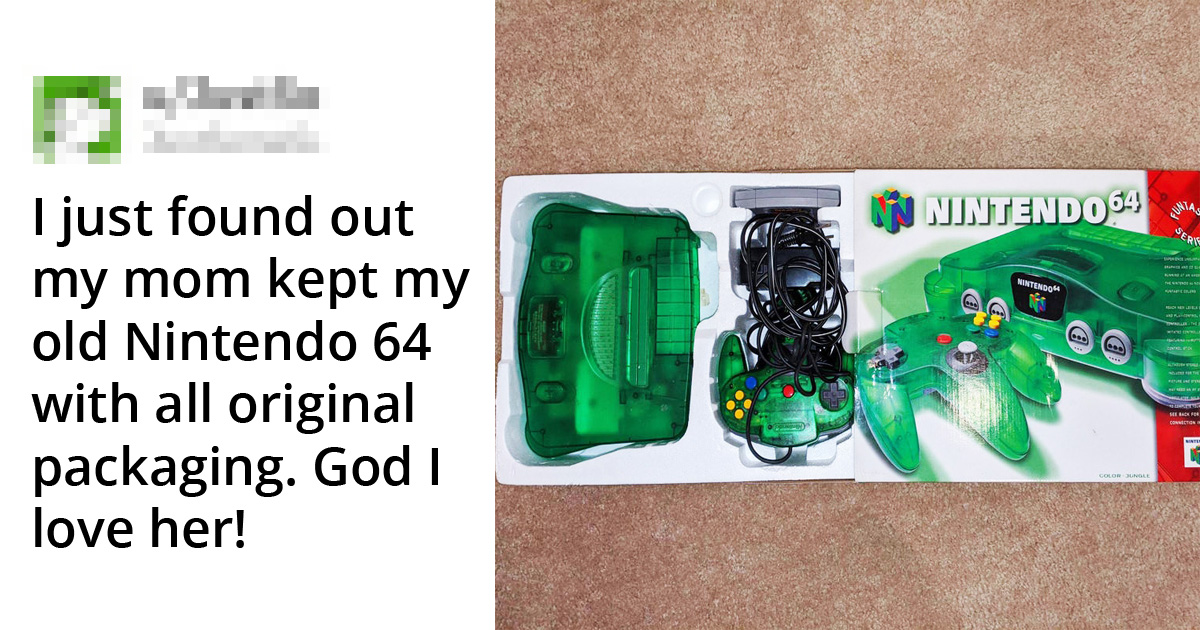 An old childhood memory, an insignificant gift you gave as a kid, an innocent letter wrote to your favorite granny. These people found back old things that now resonate with such preciousness, you don’t know where to start.

Some others found old belongings that seem to have some kind of stories behind them. What led them here? What happened to the previous owners? You’ll never know, but it doesn’t hurt to keep these things that could have been precious to whom it used to belong to.

I found this American coin far away from its country, in a quiet field while metal detecting in Scotland.

I found my old Temple of Artemis sketch so I built in Minecraft with a twist.

After I finished playing my ukulele in my backyard, I found some notes.

Found a wallet inside an old jacket and turns out, it was mine from 1985.

Grandma found and gave me these compact video cassettes on my 30th birthday. I grew up watching these!

I finally found this old picture of my cat from 4 years ago!

The original Pokémon Go in a cardboard box. Still works, too!

This is my portrait when I was 4, accidentally found in a storage box.

Grandma gave me a picture of me and grandpa when he passed away. He was my best friend.

Dad’s car wash has open for 30 years and someone sent him this a day after Christmas.

Never understood her own choice until she found her mom’s ring.

Found the same bowl that inspired me 31 years ago to become a woodturner at a vintage store.

Grandma keeps some pictures locked away, one of them was grandpa’s picture when he was young.

Parents were in a long-distance relationship and I found their love letters.

Grandma still keep the letter I sent her 20 years ago when I was 6.

Love my mother. Just found that she’s still keeping my old Nintendo 64 in its original packaging!

I found an abandoned box on the side of an old rode, in a pile of garbage. There are old banknotes (1600s) from different countries.

Once met a deaf man at the bar I work at in the evening and I chatted with him. It piqued clients sitting next table interest and they left me a $100 tip.

Dad was deployed to Iraq when I was 9 and I gave him these to keep him safe. 12 years later, found them in his wallet.