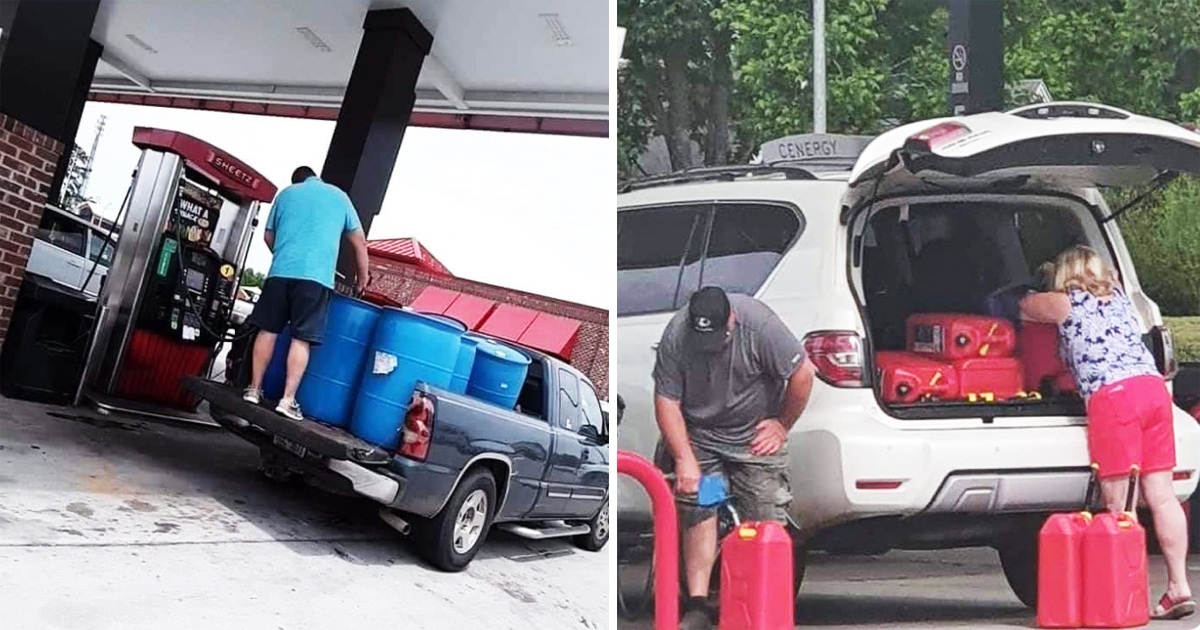 18 Pics Show Just How Confusing The Gas Shortage In The U.S. Has Been

The gas shortage due to Colonial Pipeline getting hacked has really drawn the crazy out of people. You’d think we can’t top the pandemic’s period of toilet paper shortage and nappies. But yes, we now have a gas shortage, not because of the hacking, but because of these people.

People are bringing their tankers over to the station and pumped out hundreds of liters of gas. For what? We’ll never know. Remember, people, it’s a ransomware attack; we’re not actually out of gas. If these people would just stop drinking gas for breakfast, then maybe we won’t run out as fast.

We all hate it here.

Just me wondering how they’ll fill their own gas at home later.

They look like they won’t be around a gas pump for the next few weeks.

Why do some people feel the need to hoard everything? It was toilet papers… now gas?

They couldn’t just open another two or three pumps…?

And it’s not even a disaster, yet.

My dude, how many cars do you even drive?

Is she going to open her own pump?

They need to chill. The gas pump isn’t going anywhere.

Then the cars who really need gas won’t have enough later on.

Kids, here’s a lesson: you look stupid when you panic buy stuff.

What do you need those gas for?

Is this really necessary?

And is this lady on the phone, because if yes, she really deserves to get kicked out of there.

Imagine these people thinking they can sell the gas when the pipeline resets in a couple of days.