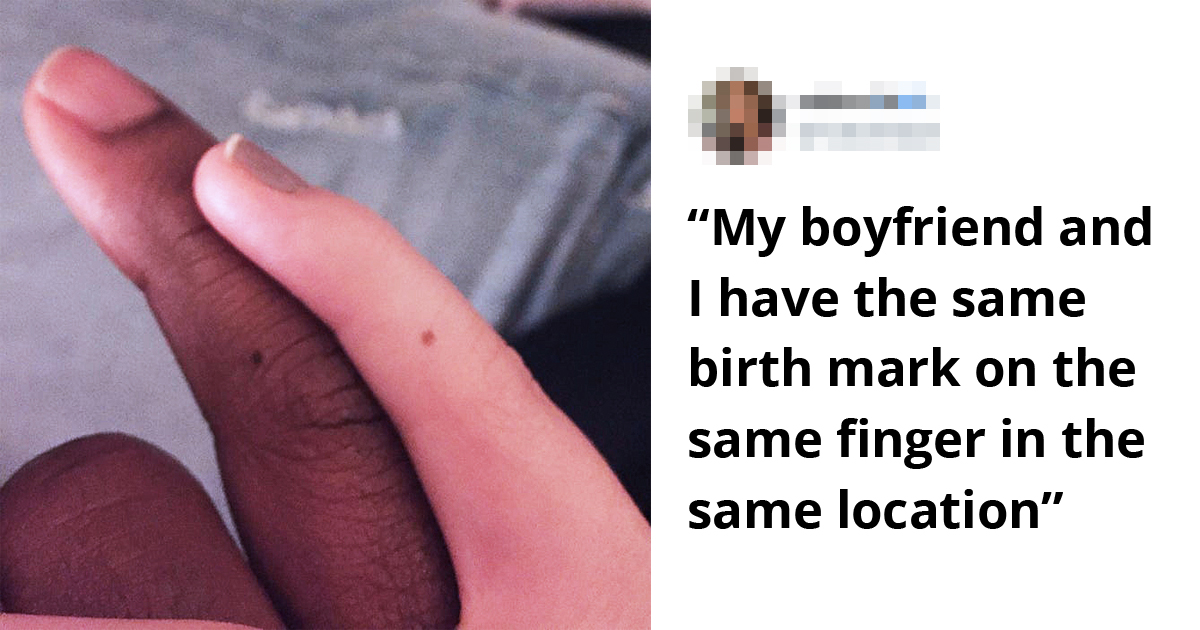 18 Incredible Timings That Will Make You Believe Something’s On

Coincidences are no more than a lucky roll of the dice. A romantic person might look at coincidences as things that were meant to be. People believe in a stronger, bigger, invisible force that winds up one event with another to create ‘fate.’

Unstaged and unexpected, people share pictures and screenshots of when unbelievable coincidences happen before them. But coincidences or probability is actually a fascinating scientific study that borders between facts and superstition.

“A coincidence is a surprising concurrence of events, perceived as meaningfully related, with no apparent causal connection.” This is how mathematicians Persi Diaconis and Frederick Mosteller from 1989 tried to define what it is before they begin a narrowed study.

“My uncle sent me a picture of this interesting ice formation.”

“One found by my wife, the other by me, 8 minutes apart on a beach of lake superior.”

“The way the lines match up.”

“My plate fell and broke into two exact pieces.”

“None of these people on the bus knew each other.”

“My boyfriend and I have the same birth mark on the same finger in the same location.”

But there is a different method to look at a coincidence. Another study published in ‘New Ideas in Psychology’ in 2015 defines coincidences as “inevitable consequence of the mind searching for causal structure in reality.”

David Spiegelhalter, a risk researcher at the University of Cambridge have been taking in stories of coincidences, summing up to a total of 5,000 stories. He’s analyzed them and in the end, concluded that a coincidence depends on the eye of the beholder.

“This bird flew in and landed on this!”

“Saw a glitch in the matrix in central London.”

“Thought this might belong here (Co workers hit the candy bowl at the same damn time).”

“Found a glitch while scrolling on facebook pictures of cats.”

Here’s a way to look at coincidence: math defines that certain events are bound to crosspaths someday in the future. In the eye of math and probability, it is not something totally inexplainable because the probability is not 0. Yet, our brain cannot help but be amused at the idea of ‘what are the odds.’

Coincidences are both impressive and predictable at the same time. Isn’t that just amazing to think about?

“A big nope to this nope-noper.”

“Who wore it better?”