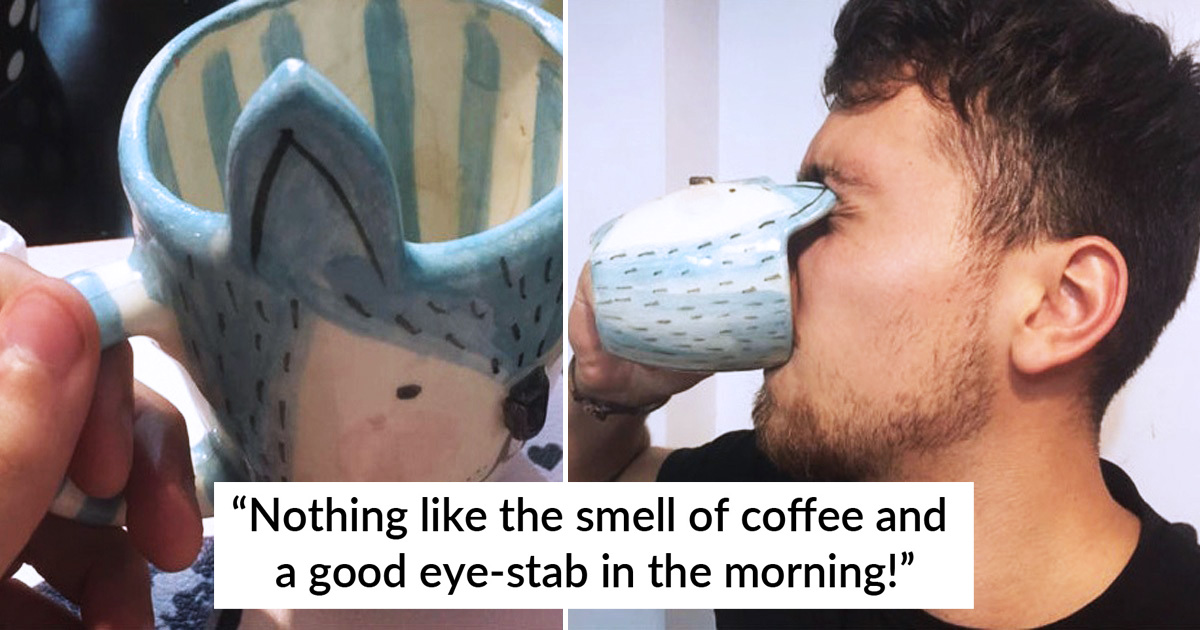 18 Hilariously Worst Designs That Got People Scratching Their Heads

It’s not like designers have to be able to churn out something incredible all the time. When you want to stand out as a creative individual, you want to try something different. Among them, some will fail because of preferences.

Well, apparently, some designers probably don’t even know how things work. Do you know that one advertisement that was so obviously done by an amateur because it looked way too unrealistic? There is also a mug that stabs you in the eyes and plates that permanently look like they haven’t been washed for years.

Why? Why would people look at these and think, ‘Yeah, they’re good for sales.’ What are the explanations for these designs?

Stairs with twists and turns.

When you really hate someone and want to make sure they have accidents at home, design it like this.

Did the designer really think this looks normal, or did he use Joker as his benchmark for a ‘good smile’?

So they don’t have to keep cleaning them?

To encourage people to have conversations with each other instead of being glued to their smartphone’s screen, maybe?

These designers tried to be unique, but it’s now Halloween all year round.

Uniquely scary, are you sure those are designs? That cart is not carrying dead bodies or anything?

The toothbrush slid smoothly, thanks to the design.

Yes, we definitely like getting stared at while eating.

That’s one way to ruin your childhood memories.

Do you think Dory was innocent? There is more to her than her seemingly klutzy demeanor.

I now have one question: how to unsee?

Nope. NOPE. This is the ugliest pair of leggings ever and should be banned.

Although, mothers can mostly relate to this.

In case someone aimed wrong?

Some explained that this could be used in bars and where alcohols are sold to prevent fights between men whose pride are hurt.

When you forgot to rotate in The Sims.

Why won’t some people take a nice look at the stuff they make and make sure Winnie the Pooh isn’t naked?

Ah, yes, I love coffee and good eye stabs in the morning.

Even if you’re left-handed, you’ll have the ears stabbing your cheeks instead. Cute mug, though, but you’ll need a straw.

Nobody will ever feel great eating on a plate that will never look clean. Why can’t some people get normal plates and bowls? This isn’t how you appear unique in a good way.

People absolutely cannot climb through that door; look at how sturdy it looks.

You like your toilet wet all the time? Why?