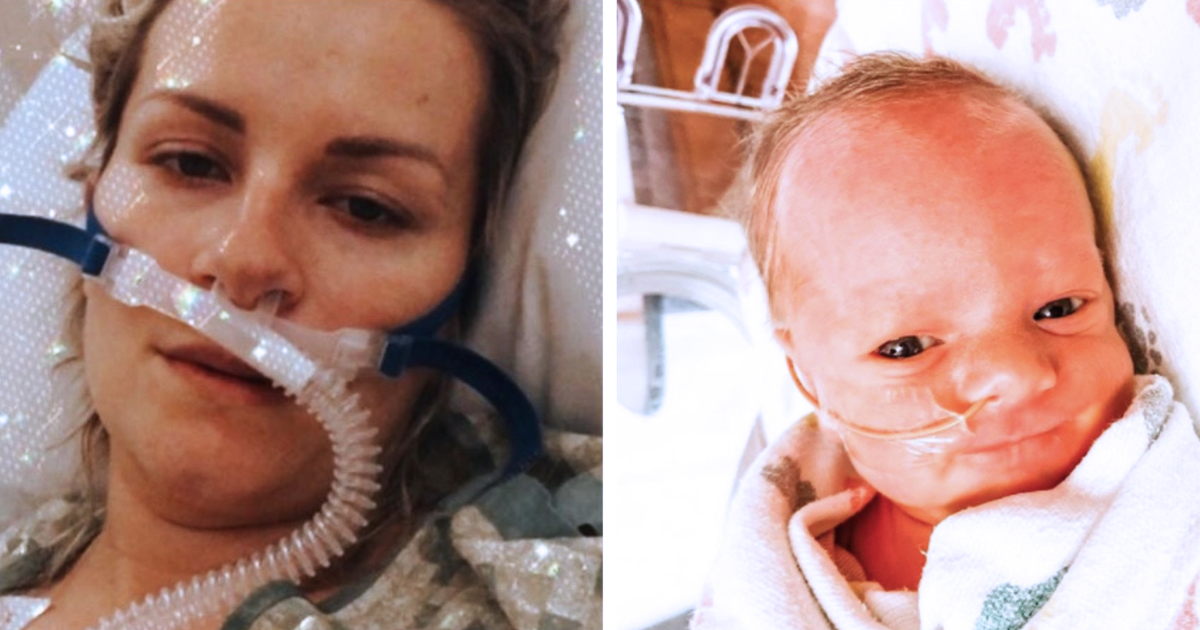 In late March, Angela Primachenko from Vancouver, Washington was 33-week pregnant while also feeling ill. Afraid of the worst, Angela got tested for coronavirus and realized she was positive.

Days later, she was placed under a medically induced coma and on waking up, she was shocked to learn she’s given birth to a girl.

Angela thought she had suffered allergies. The 27-Year-Old respiratory therapist had run a fever and did the test to ensure safety.

‘It’s been fever and she was then like ‘I am pregnant with corona going all around. I’m going to the hospital to get myself tested.’ Oksana Luiten, Angela’s twin sister explained.

On March 24th, Angela realized she tested positive and by March 29, her doctor discovered she was getting weaker. ‘It’s been rough and it has been very challenging. Emotionally, it’s exhausting. I wish this was a bad dream I could wake up to reality from.’ Luiten added.

While Angela was under a coma, her doctors also realized that her unborn child needs to be born six weeks early, hence they induced her on April 1st and fortunately, she delivered her preemie baby. Doctors, however, tested Angela’s husband, David, their newborn and her 11-Year-Old Emily and all came out negative.

For the time being, the newly born has, nevertheless, been moved to an intensive care unit since her mom’s situation appeared worse on April 5. Fortunately, a miracle happened hours later on the same day. Angela’s family was informed she was improving and her doctors were able to take off the ventilator.

The mom was able to breathe all by herself and communicated with her husband via a video call while also naming her newborn daughter, Ava.

Though the mom was released on April 11, Ava remains in the NICU care. Angela’s doctor revealed she will have to test negative to the virus before she would be permitted in the NICU.

In all, it’s exciting to know that both mom & daughter are safe and can spend years together.