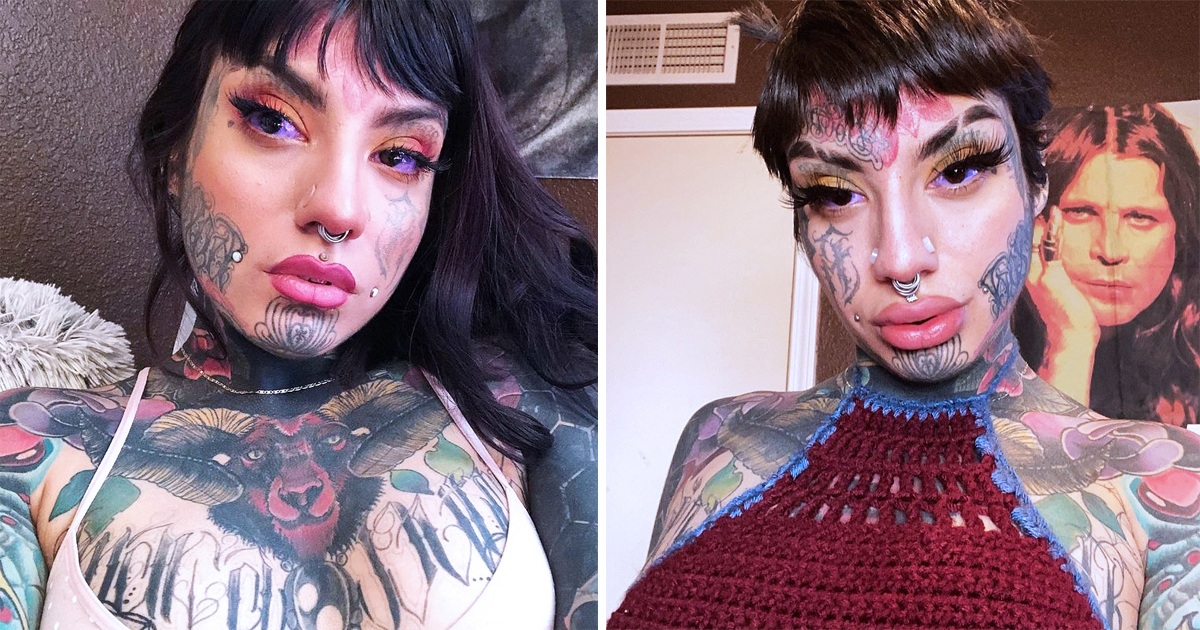 Woman Went Blind After Botched Eyeballs Tattoo, But She Loves It Too Much To Hate It

A tattoo lover who lost her sight after a botched ink job on her eyes shared that she didn’t care that it happened. The 26-year-old Texan, Sarah Sabbath, described that she couldn’t “do anything” after being blind. But she loved her looks so much she couldn’t get mad.

“I had a very difficult time,” Sarah recalls.

Despite getting “very, very depressed” from the incident, she’s not done with it. Her love for tattoos prompted her to get even more. “I’ve always wanted to be covered by tattoos from head to toe,” she declared.

“I’ve spent on my tattoos around three to four grand,” she continued. She stated getting tattoos on her face at the age of 20.

“I don’t regret getting any of the tattoos I have now,” said Sarah after her eye tattoo.

She spoke to Truly how tattoos had helped her feel more stronger about herself due to the bullying she got as a child.

When she got her eye tattoo, her artist had added “too much ink and not enough water.”

People would say that she was ‘snobby’ and that she wasn’t educated, nor does she have a career. While going out, people wouldn’t quickly assume her worst, but she never minded those things. She respects people’s opinions since they also don’t have “the balls to express themselves the way I do.”

She went to an eye doctor and was given eye drops for her eyes because of it. While it had gotten better, “but they still bother me pretty bad.”

“But I still want to get more,” she confidently declared.