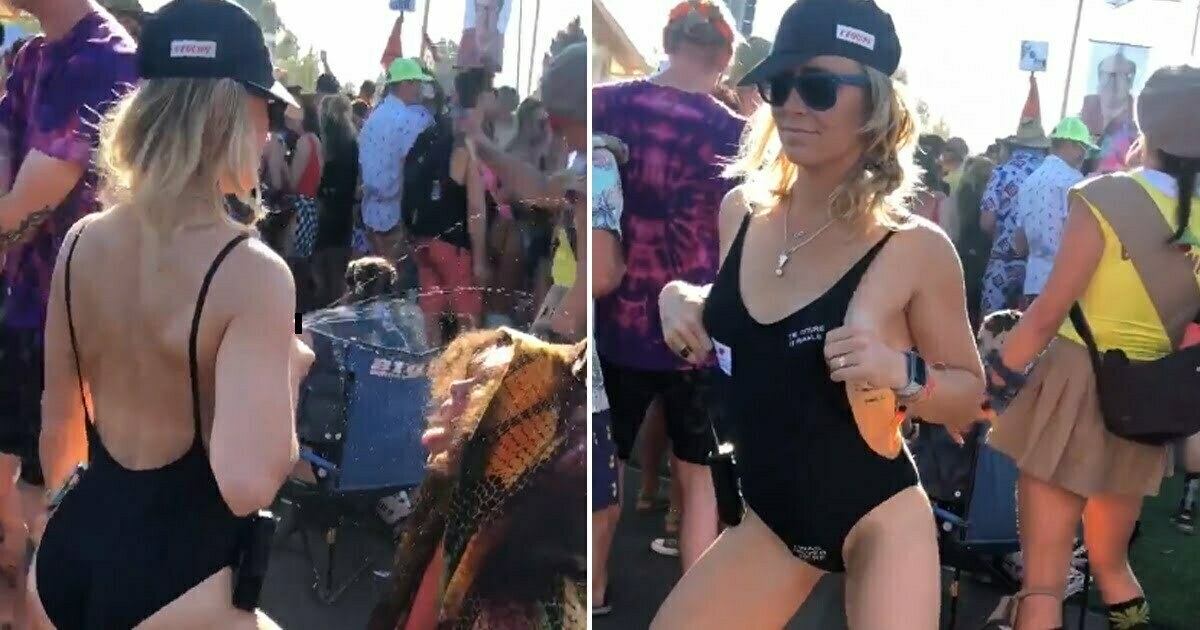 But everything goes super weird when a rando mama sprays her breast milk to strangers while raving.

A blonde was enjoying herself at an EDM festival as she was wearing a black swimsuit with pink boots, a black cap and a black pair of sunglasses.

Nobody knows who she is, much less, that she is a mother until she starts spraying her breast milk. People were shocked as she just flashed her breast and did it like that.

As if welcoming it, a fellow raver knelt and tried to get a few drops for herself.

Some people were disgusted, some were shocked, some were entertained. But she definitely did not care – anything can happen in a rave. ANYTHING. By the end of the video, a woman asked in confusion, “How is she doing that?”

The video was recorded by Eric Falconi who was attending Dirtybird Campout. He tweeted, “Just when I thought I had seen it all. You never disappoint. Sh** got pretty weird.”

Watch the video below: