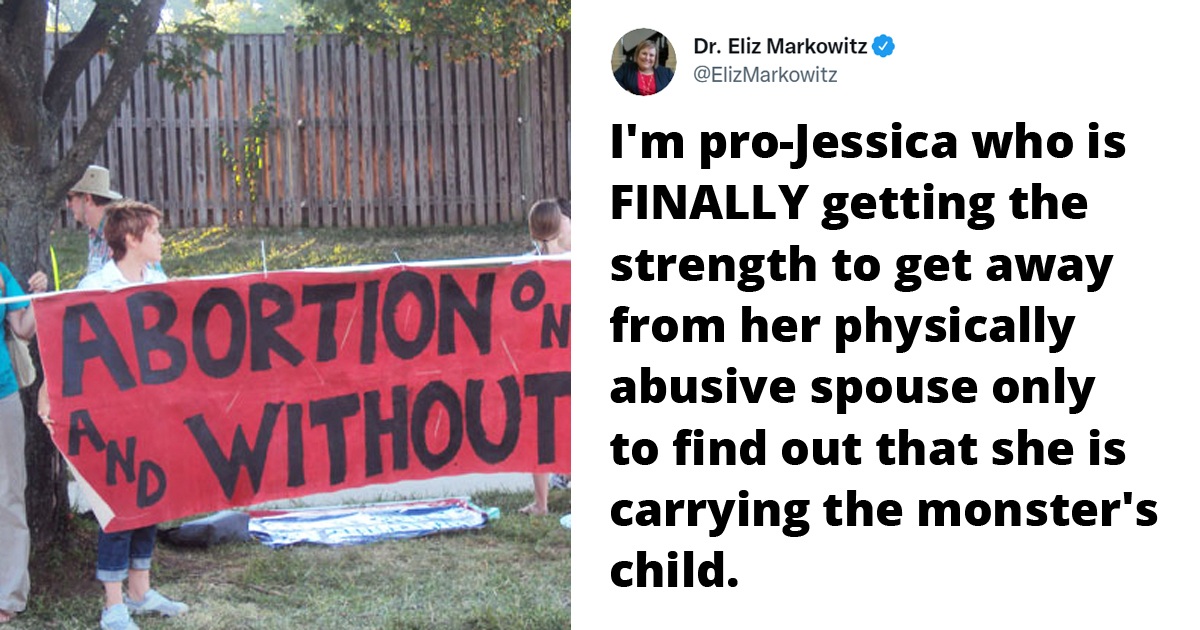 The heartbeat bill is now a LAW! The bill ensures the life of an unborn child with a heartbeat will be rescued from the ravages of abortion. In particular, the act aims to outlaw elective abortions as early as six weeks when a preborn child’s heartbeat is detectable. So far, advocates are challenging the new law, which they’ve considered one of the most extreme nationwide and the strictest in Texas.

Heated debates about the Texas Heartbeat Act are ongoing and YES, women aren’t happy about it.

While the law will take effect in September, the subject matter is trending on Twitter. One among the voices against the bill is Dr. Elizabeth Markowitz. Her tweets have garnered numerous support, especially as she claimed she doesn’t want babies murdered but wants women to stay alive and healthy.

Dr. Elizabeth Markowitz made a thread of why abortion has to be a woman’s right and suggested they deserve a quality life.

Dr. Markowitz gave perfect highlights of her opinion using 11 hypothetical situations that are all true and are reality to many women worldwide. The stories resonated with people as the thread has been liked over 60K times. She talked about women who were raped and realized they were carrying the child of their assailant or girls sexually abused; then had a baby growing in them when they were just children.

Markowitz equally talked about women who choose not to have a baby because otherwise, they wouldn’t survive. There are situations when women think about their financial situation, and even if they want another child, they can’t provide them a quality life. However, having an abortion is never an easy decision to make. Both abortion and pregnancy might have a long-lasting consequence on a mother’s mental and physical health; hence opting for one or the other can be challenging.

Conclusively, Dr. Markowitz wanted to show that women who choose an abortion or would like to have it as an option aren’t murders. Using her tweets, she revealed that she’s pro-life, and those lives she cares about are women’s lives. She suggested that women deserve a quality life and the right to be in charge of their future. Thankfully, people in the comments strongly agreed and saw just how unconstitutional the new law is.

Here’s How People Reacted In The Comments: