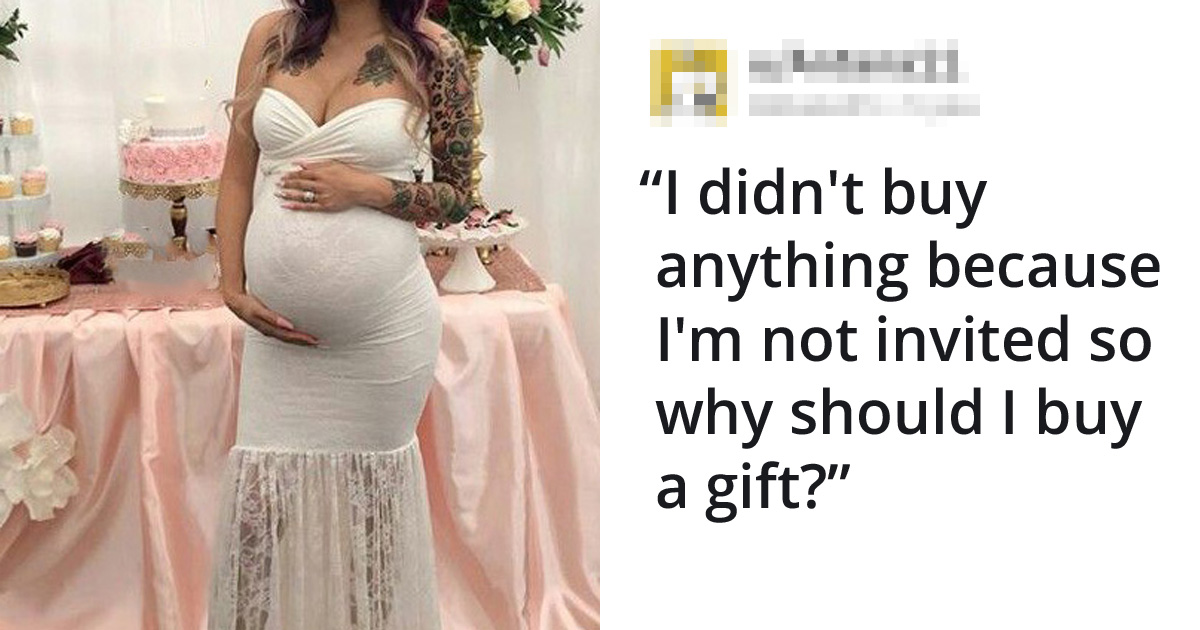 Baby showers have gradually become a thing every soon-to-be mothers look forward to, mainly as it entails many gifts and love from family and loved ones. The best part of the celebration is creating a registry for the newborn as it’s recognized to be the most fun. You are entitled to pick out anything you want, and other people get it to purchase it for you.

This is quite interesting, but are you aware that registries are quite expensive? Many people prefer going to registries while a few decide to do their unique presents. Besides, who wouldn’t want to attend the baby shower of relatives? Whether it’s your best friend or sister in law that’s hosting the shower, you will agree they have put into a lot of effort, and expectedly you are looking forward to the invite.

But then you realize you weren’t even invited, but the celebrants expect a gift from you regardless. How will you feel? The aforesaid is the exact situation of a woman who wasn’t invited to a baby shower, but the couple still expects she buy a baby gift. Taking the subject matter to a well-known Reddit group titled: ‘Am I The Asshole,’ the woman asked if she was wrong for not buying a gift for her sister-in-law’s baby shower when she wasn’t even invited.

‘Brother’s wife – My sister-in-law is pregnant with their first baby and had a baby shower. I wasn’t invited, but my brother sent me a gift from the registry. I didn’t purchase anything because I wasn’t invited, so why should I purchase a gift. My SIL asked me what I got for her after the shower, and I replied, saying I am not getting anything.’

‘She got angered and then asked me why. I responded that I wasn’t invited, so I didn’t think there’s no need to purchase a gift. I, however, did buy a congratulations card for them. My brother and his wife are both angry. They believe I am rude because I don’t get along well with SIL. For me, it’s rude not inviting guests and expecting gifts from them.’ The woman explained.

Instantly, Reddit users commented, saying the woman wasn’t an asshole because the brother and SIL didn’t think she was important enough to get invited to the shower. ‘Your SIL doesn’t like you enough to be invited to the shower but does like you for your money. I can’t believe this.’ A user wrote. A second added: ‘It’s quite rude expecting gifts from people you didn’t invite to a party.’ Nevertheless, in your own opinion, can you give out gifts to a baby shower you weren’t invited to?