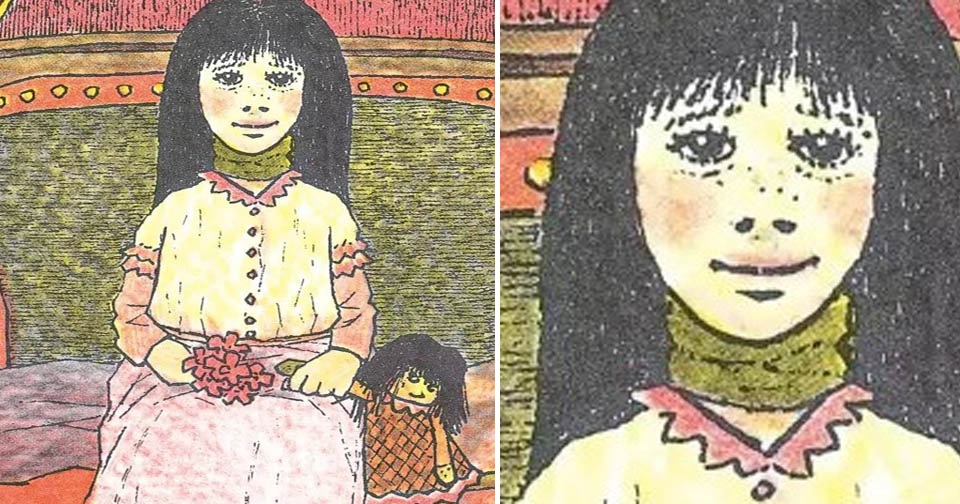 Have you gotten over The Green Ribbon? If you had, we are here to remind you of one iconic horror story that you thought you would never hear of again. The Green Ribbon is a lovely, peachy story that shouldn’t have been in a children’s book, but it turned out it was. The story has quite a simple premise, as well as a clear idea. It featured a little boy named Alfred, who goes around putting on a shirt with a big A designed on it, and a little girl named Jenny.

Writer Alvin Schwartz retold the story in a book titled: ‘In A Dark, Dark Room and Other Scary Stories,’ accompanying it with pictures by Dirk Zimmer. We could, however, have thousands of Jenny’s walking around, and no one would know. In the meantime, read on and juggle up your memory!

Among the numerous slightly creepy not-completely-appropriate-for-children stories ever stumbled upon is one titled The Green Ribbon. The story feature a girl named Jenny, who wears around a ribbon on her neck.

Jenny met with Alfred in a park, and he couldn’t stop wondering why she wore ribbon at all times. He has often asked Jenny: ‘What’s up with the green ribbon around your neck?’

Jenny never gave Alfred a response and was so determined to keep her secrets. ‘You’ve got to wait to find out!’ She repeatedly answered. But Alfred, who’s curious, kept disturbing her for answers. Overlooking his curiosity, Jenny continually wore the ribbon around her neck even after they both got married. The secret wasn’t let out!

Jenny and Husband Alfred got old, and she fell ill with the green ribbon still on her neck. On her death bed or perhaps in her final moments, Jenny decided to finally open up to Alfred about why she kept wearing a green ribbon at all times. It turned out that Jenny was indeed a Zombie.

The Green Ribbon had been keeping Jenny’s head attached to her body, and when it was removed, her cranium came tumbling down. Interestingly, Jenny kept talking even while on the floor in the bright moonlight. The whole story is genuinely spooky, and undeniably Alfred does deserve an award for his braveness, having met with the horrifying scene.

Did your body get some chills or goosebumps? Or perhaps are you thinking of people who regularly wear chokers around their neck to be like Jenny? Hmmm!