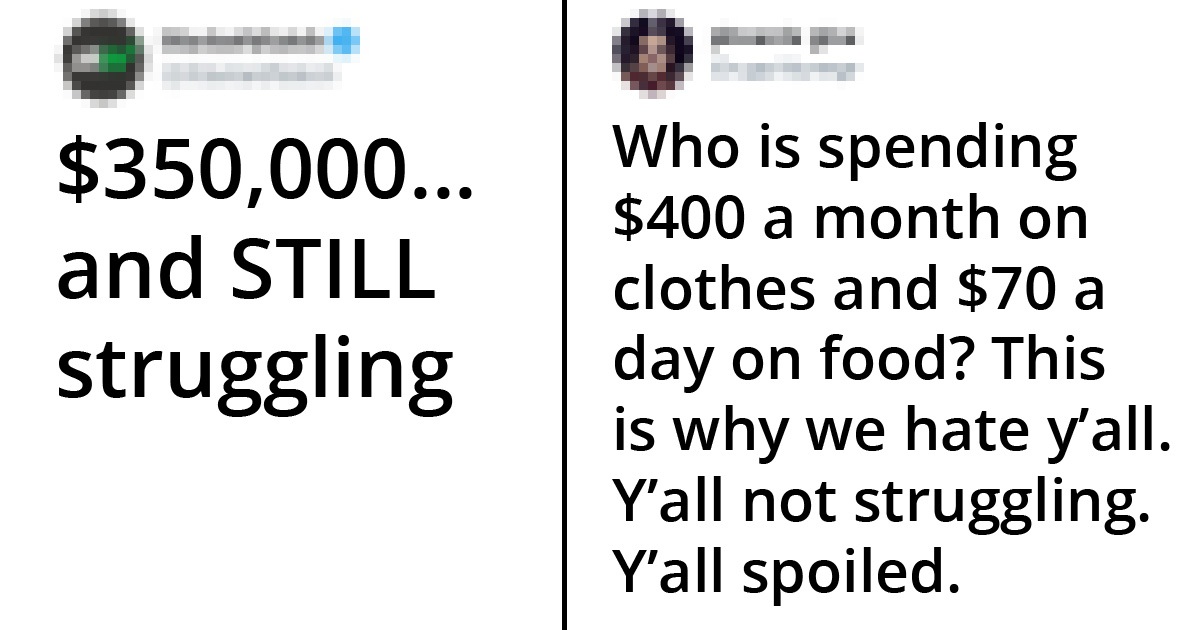 Financial management is a very important lesson that a lot of people don’t have the privilege to study. A lot of us wished we had these lessons earlier in life so we won’t suffer from financial losses and be able to afford one comfy house and one working car.

Then, there’s this ‘struggle’.

Surely, if you can afford all kinds of entertainment, afford three vacations a year and buy clothes EVERY MONTH from Old Navy, you’re not, by any means, struggling. Because you don’t have loans to pay and own the home and car already.

But, feels good to be able to roast a ridiculous tweet, right?

Interestingly, this was actually riffed off a chart by Financial Samurai blog’s creator, Dogen.

Dogen was very thorough with his chart which was later used in CNBC (and then followed by MarketWatch) but nowhere did he say that this hypothetical family is struggling. But, in a sense of maintaining an upper-middle-class lifestyle in a metropolitan city, yes, they are.

“Due to the cost of childcare, surging real estate prices, and the desire to send kids to private school, budgets get eaten up quite quickly, even if you are making multiple six figures. Then if you add on rising healthcare costs, people are forced to work longer than they may really want,” Dogen explained.

People’s reactions were fair and he did tried making it funny.

By using brands like Toyota Highlander instead of a Range Rover and Old Navy every month, he wants to poke at American’s consumerism. He also added, “350,000 dollars is a top 2% household income level. Therefore, most people will thumbs down the budget.”

According to him, it’s really important that people be given proper financial education that will prevent poverty and housing crisis like what happened in 2008. Child-rearing is also a huge responsibility and it becomes harder to maintain if you wish to do it metropolitan style.