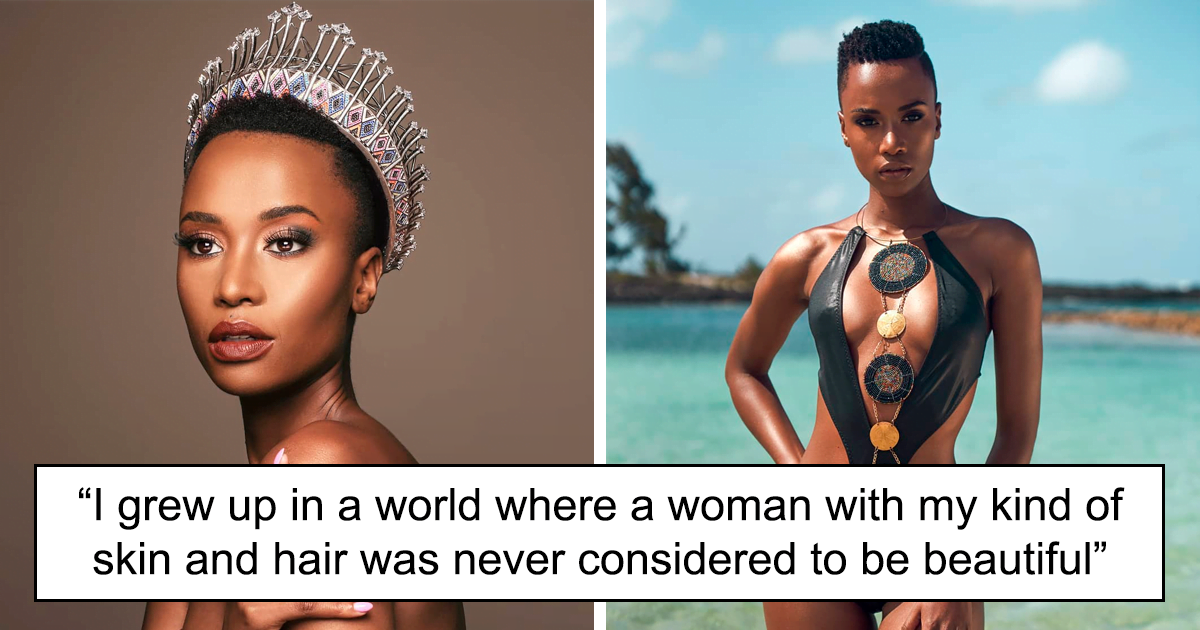 This year’s Miss Universe winner announcement was almost thought to have been plagued by Steve Harvey’s ghost from 2015. Apparently, he didn’t mess up! And we are congratulating Miss South Africa to have won the crown this year!

After her crowning, she gave a speech that contained a strong message on a woman’s value and beauty. Zozibini Tunzi won the beauty pageant as a black woman with short hair, beating the stereotype people have about the show.

She is the third woman from South Africa who won the title and has begun her path in pageantry since 2017. And here’s her beautiful speech that hopes for a future where a woman like her is considered beautiful from where she is.

She also gave an inspiring answer to Harvey’s question, reminding us what we should teach to young girls today.

Zozi was born on September 18, 1993 from Tsolo, Eastern Cape. She has two sisters and was raised in Sidwadweni village by her parents, Philiswa Nadapu and Lungisa Tunzi. She gives her whole respect to her parents, declaring that she owes everything to them in an Instagram post.

She also has a bachelor’s degree in PR and image management, graduated from Cape Peninsula University of Technology.

Before Miss Universe, she participated in Miss South Africa and was top 26 semifinalists in 2017. Unfortunately, she didn’t make it to the top 12 and made another go at Miss Universe in 2019.

Zozi wrote about her passion in breaking stereotypes, “I have been very vocal about my mission to break beauty stereotypes. I believe in inclusion and representation in every shape and form.”

“I grew up in a world where a woman who looks like me was never considered to be beautiful.”

Her message rings along with so many women as she is the first one with afro-texture hair to win the title of Miss Universe. “I think it is time that that stops today. I want children to look at me and see my face and I want them to see their faces reflected in mine,” she continued.

People are so agreeing to her winning and saying what needs to be said.