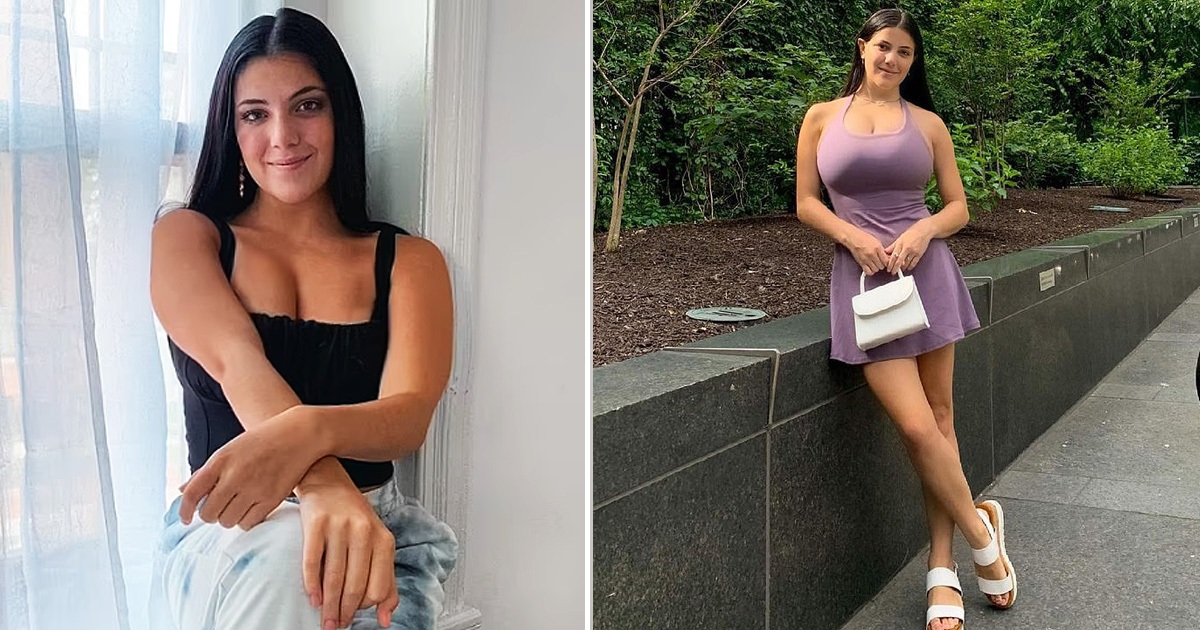 Paige DeAngelo of Pennsylvania was born with two uteruses, two cervixes, and two vaginas. Being born with two fully-functioning reproductive systems means DeAngelo, 20, gets double periods. It equally implies she could get pregnant in one of her uteruses but continue bleeding in the other.

Paige DeAngelo, 20, from Pennsylvania, was born with two uteruses, cervixes, and vaginas.

The knowledge of being pregnant wouldn’t initially dawn on her until she experience symptoms. More interestingly, there are chances that she could get pregnant in both wombs at the same time. This condition is scientifically called Uterine Didelphys, and DeAngelo was diagnosed when she turned 18.

Her condition was, in particular, diagnosed when she turned 18.

Each of DeAngelo’s wombs goes through a fairly traditional menstrual cycle. As a result, a lining inside her uterus builds up in preparation for a fertilized egg before breaking down, which results in bleeding. Initially, DeAngelo had suffered from irregular periods; most at times, she experiences one every two weeks for several years.

DeAngelo gets double periods, and she could get pregnant in one of her uteruses without realizing it.

Amid examining DeAngelo, her gynecologist called for her mom, Carol Ann VanAuken, 53, to hear her daughter’s diagnosis. Since then, whenever the college student tells people about her condition, they always react in shock. Unfortunately, however, some people make misconceptions about the anatomy of her body.

“I always had a very irregular period, but it was two cycles switching on and off. Sometimes it would be once a month, and other times it would be twice a month, only a couple of weeks apart. People think I have two separate vaginas on the outside (of my body), but that is not the case which is why I didn’t find out for 18years.” DeAngelo, according to the DailyMail, said.

The college student had, before the diagnosis, suffered from irregular periods – one every two weeks – for years.

She added: “Each side is half the size of a normal vagina. It doesn’t cause any issues, but it’s definitely noticeable.” Speaking of her appointment where she discovered the condition, DeAngelo continued: “The gynecologist didn’t tell me straight away, but when I saw the look on her face, I knew something wasn’t right. We had no idea the severity of it.”

The realization of being pregnant wouldn’t dawn on DeAngelo until she has other symptoms.

Due to her uteruses being smaller than usual, DeAngelo might have to hire a surrogate if she wants children. This news had reduced her to tears, but then, it’s the best option as she’s at higher risk of premature births and miscarriages. Nonetheless, DeAngelo on TikTok has been educating people who have questions about her condition. It turned out she has since been able to control her irregular periods with birth control pills.

DeAngelo on TikTok has been educating people about her condition.

On the other hand, DeAngelo’s Instagram page reveals she’s a student at Drexel University since 2019 and is pursuing a degree in Communications and Media Studies. She’s also studying to be a weather anchor at the Mississippi State University. Likewise, DeAngelo is a member of the Phi Sigma Sigma Sorority and presently the host of the news show “Inside Ambition” on DUTV.

DeAngelo could even get pregnant in both wombs at the same time but has a higher risk of miscarriages.