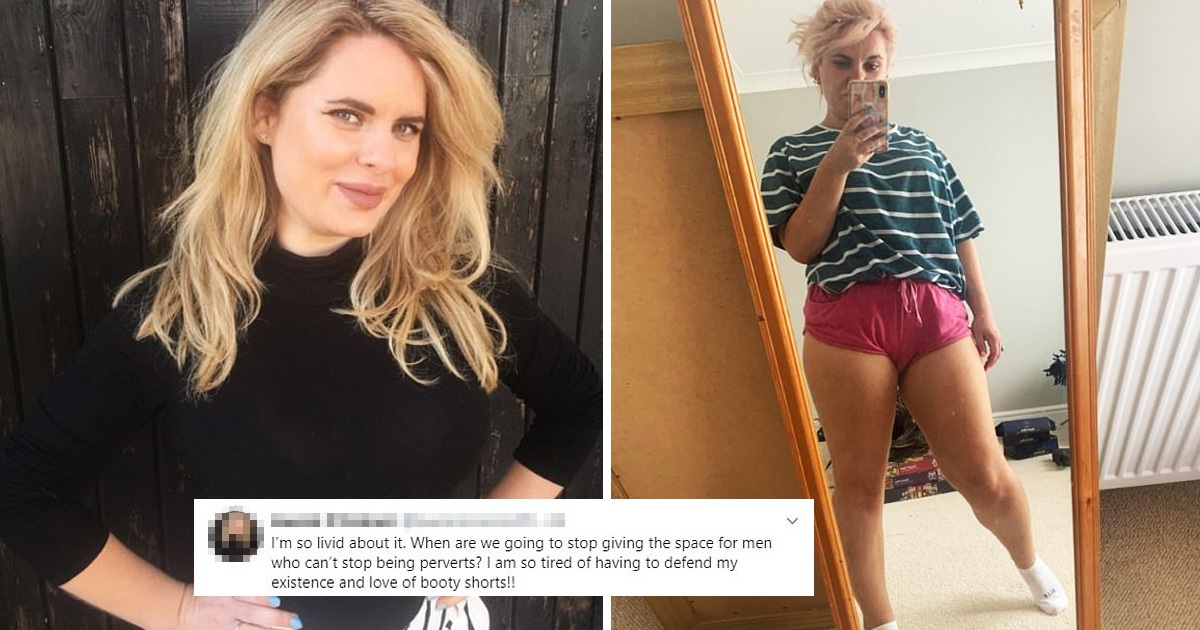 Following its wording on an own-brand hair removal product that assumes all doctors are male, Sainsbury’s has again hit the headline. Just recently, a shopper expressed her anger over being asked to pull a T-shirt on her shorts.

Lauren O’Connor, a Surrey-based was left infuriated while shopping at Sainsbury after a member of staff come up to her and revealed that a male customer had complained about the length of her shorts.

Lauren O’Connor, 33, a Surrey-based was left infuriated while shopping at Sainsbury after a member of staff asked her to pull down T-shirt over her shorts.

The 33-Year-Old, a PR director specifically slammed the encounter and dubbed it ‘Sexist’, of which she equally argued that she was entitled to wear short pants in the 32-degree heat while adding that there was virtually no dress code apart of face mask, which she had on.

Taking the incident to Twitter, Lauren shared her anger and humiliation, arguing that men could put on whatever they like while the women’s bodies are usually policed.

‘I’m so furious at the moment. I was just approached by a Sainsbury’s staff member in Staines store to pull down my T-shirt. An elderly man made a comment to a staff member and felt it was needed to come over and tell me while shopping. It’s evidently 32 degrees and if I want to put on shorts, I should.’ Lauren wrote and shared a photo of her outfit.

She added: ‘For FYI, this is my outfit and all I wanted was ice collies. Now I get shamed in store for doing so. Highly disappointed. When are we ever going to stop telling women what clothes to wear? Especially when topless men are spotted in supermarkets and not told to change. I am livid about the incident. When are we going to stop giving spots to men who can’t stop being corrupt? I am exhausted from having to defend my love for shorts!’

Reacting, internet users were quick to share their opinion on the subject matter. ‘This is disgusting. Why do people love giving out their unjustified opinions?’ One user wrote. Another added: ‘Can you please tell me if you pulled your shirt all the way down from the neckline to the waist?’