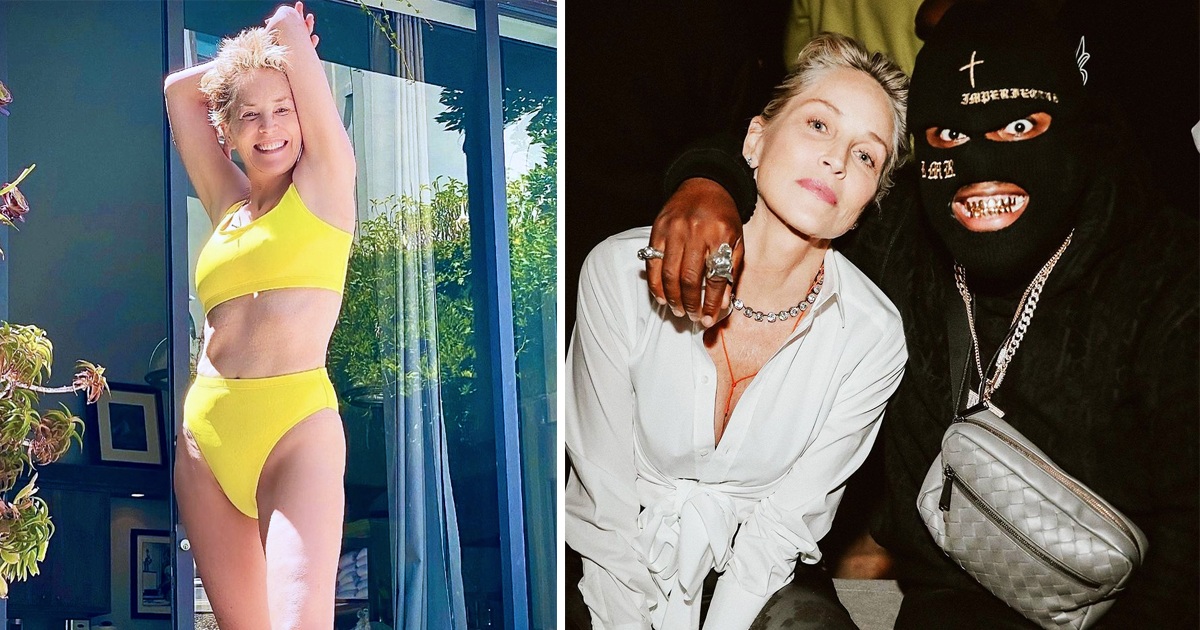 Sharon Stone has found love in Rapper RMR. The duo has reportedly been on numerous dates, and so far this month, have been spotted at both Delilah and The Highlight Room in Los Angeles. PageSix broke the news that the couple has been canoodling at parties this summer.

There’s currently no comment from the duo on the subject matter, but photos have suggested romance in the air. In an image seen on Instagram, the rapper had his arm around the Basic Instinct star, while in another, Sharon was wearing one of RMR ski masks. “She’s definitely having a hot girl summer,” a source told PageSix.

The duo has been spotted together at clubs in Los Angeles, including The Highlight Room.

The source confirmed they’ve been hanging out with Artist Drake’s PND, canoodling, and popping bottles. “They were dancing to hip-hop. Chris Brown was also there. Even though Stone is decades older than RMR, he thinks she is cool as f***, and he has respect for the former model who broke through in the Nineties with her sexy thriller Basic Instinct.” The source added.

Even at 63, Sharon still stuns in a bikini as she did here at home in early July.

Both Sharon and RMR seem to be on the same frequency, and it’s a unique friendship. The dup have equally been spotted flirting on social media as they like each other’s posts. RMR’s real name remains unknown, and he regularly dons ski masks as his signature look. While Sharon has one of the most famous faces worldwide after 40years in show business, RMR is signed to Warner Records and Cmnty Rcrds. He has worked with Jamie Foxx and Amber Rose on his music videos, and his top album is Drug Dealing Is A Lost Art.

Sharon, the Basic Instinct star, has one of the most famous faces worldwide after 40years in show business.

However, Sharon’s love affair has forever been in the headline. She had gotten married to newspaper editor Phil Bronstein for six years but divorced in 2004. She was also wed to Michael Greenburg from1984 to 1987 and even got engaged to Bob Wagner from 1994 until 1995. She had also dated Actor David DeLuise, Producer William MacDonald, among others.

Sharon had married newspaper editor Phil Bronstein. The duo was together for 6years but divorced in 2004.