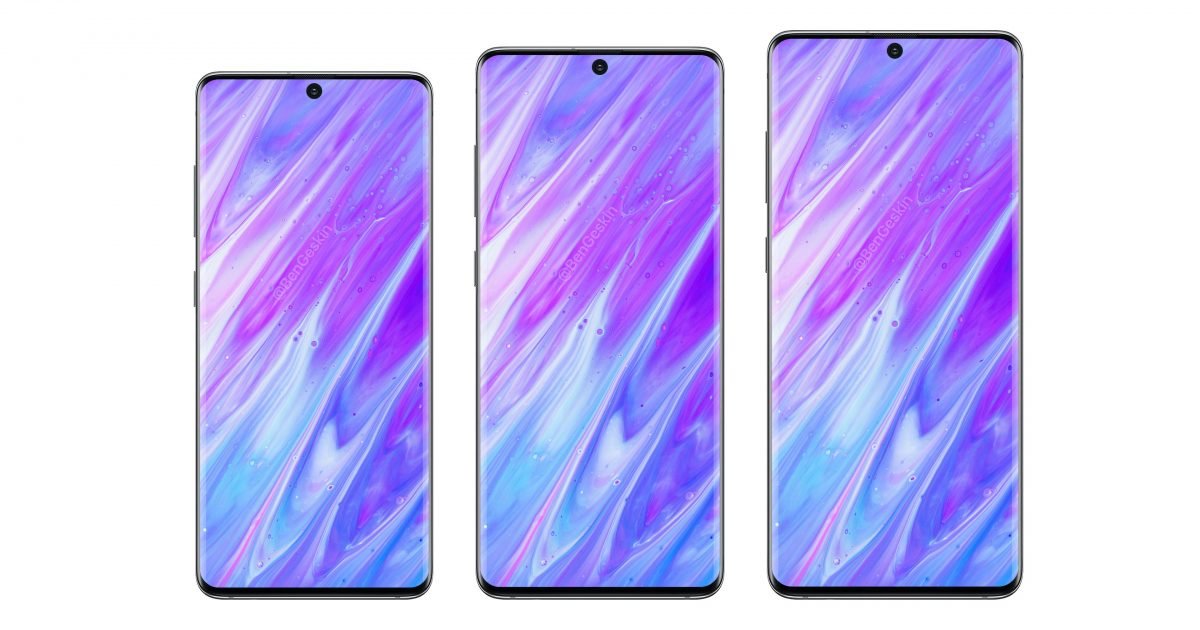 We’re getting more leaks and information on the upcoming flagship from Samsung, the Galaxy S11. Previously, Xiaomi released its CC9 Pro which is equipped with a 108MP camera sensor. The technology was a result of their partnership with Samsung and they’re about to implement it into their own models.

Ice Universe tweeted that Galaxy S11 is most probably going to have a 108MP sensor for its camera. Another loyal and reliable leaker, Evan Blass, reveals a lot more – it will come in 5 variants and all of them will come with only curved display models.

The Galaxy S11 will come in three different sizes: 6.4″, 6.7″, 6.9″. The smaller two models will have either the 5G or LTE variants while the largest 6.9″ will only come in 5G. The phones will also be released during their usual launch in mid or late February.

Another Twitter user decided to create a mockup model of the new smartphones with the front camera placed right in the middle.

The new models seem to be experienced quite the bump in size increase which is displeasing to some. How do you fit them in your average pockets? Evan Blass added that the smallest size could be a 6’2″ as he has conflicting information on it.