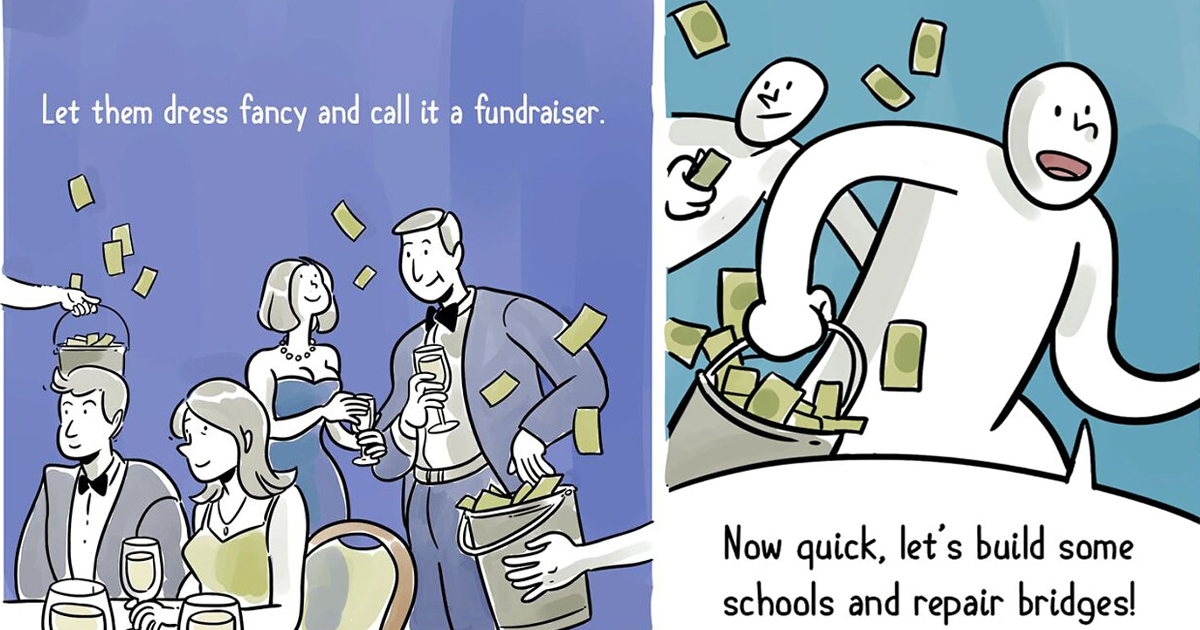 Tax is one of the essences to ensure a country’s development and growth. From the people, for the people, at least that is the basic concept of taxation. Yet, we’re no stranger to the term ‘tax evasion,’ a crime that almost every multi-billionaire companies are tied to at one point in their business. It’s not just companies – individuals who have raked in billions of dollars are also perpetrators.

So, Polish artist Kasia Babis makes some satires that show how to trick these rich people into paying for the people.

Kasia has been dabbling in political satire artworks since she was in college. Since then, she has always received comments that can be very offensive due to the nature of her genre. But years after, she’s grown used to them as a woman who openly shares her political opinions.

It gets easier to deal with the hate comments and she now can’t see herself doing something else. Her Instagram page has 25.7k followers now and aside from political satires, she also draws lo-fi vibes. She is also active in taking part in the Women’s Rights movements.

Kasia argues, “Nobody’s worth a billion times more than anyone else.”

She expresses her preference of progressive taxation on the basis that people should not be allowed to accumulate so much wealth while just a few miles away, there are homeless people and students struggling working over 50 hours a week with student loan.

While the US employs progressive taxation, it appears that giant companies often find loophole to not pay as much. For example, Amazon managed to pay not a even a cent for federal tax in 2018 out of their $11 billion income.

It is also interesting how the satire works Kasia draws show that the rich will only be willing to do something if there’s a reason for publicity. It was never for the goodness of the action itself – if they gain nothing from it, they won’t spend. Not even a fraction of their wealth that afforded them their sports cars and islands.