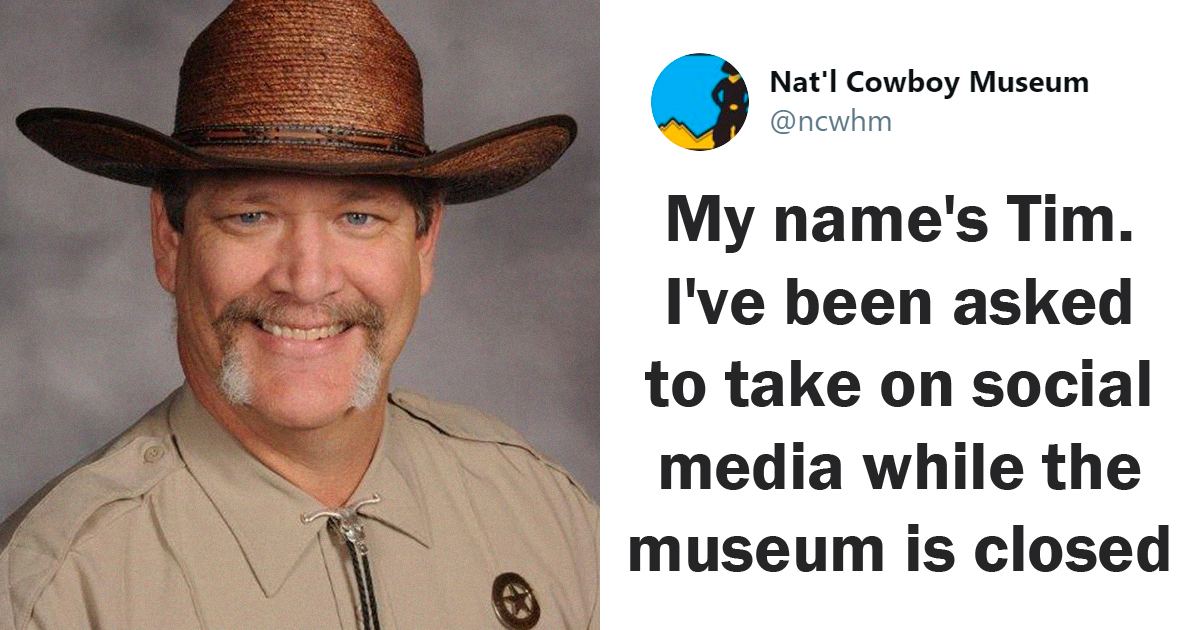 Lockdown has made many places close their doors and that included the National Cowboy & Western Heritage Museum. It is probably closed down for now, but it has by no means been left out of the loop. The Oklahoma-based museum has chosen its head of security Tim Send to manage its social media account.

If you think that was a weird choice on their side, you were wrong. Because it is probably the most wholesome security man to have ever tweeted.

Meet Tim Send, the new Twitter face of The Cowboy.

A man with an excellent sense of humor, the museum he protects and tweets about actually has had its reputation precedent his tweets. The location has positive reviews on Google with over 2,646 reviews. But since the state of emergency has been declared by Oklahoma City Mayor David Holt, the museum is temporarily closed to the public.

Once things cooldown and the situation is under control, we know a lot of us want to go and meet this head of security while learning more about the history of Wild West and cowboys.

Tim is also a friendly user who engages with his fans!

People just love with this new Twitter management man and he’s too wholesome for this world.