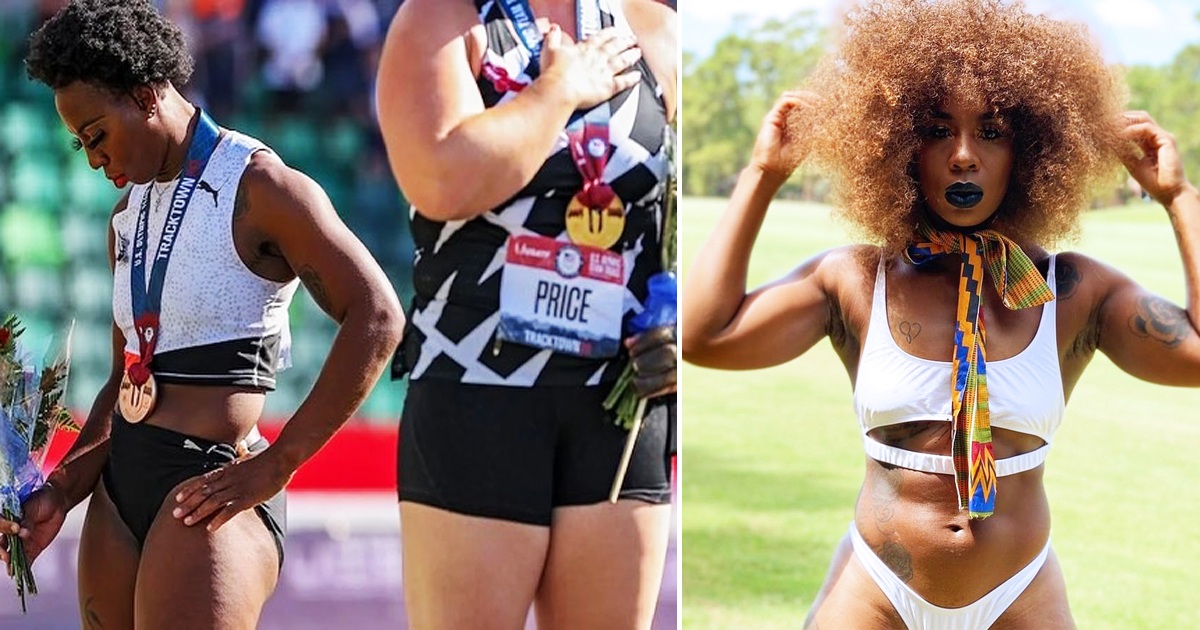 The bronze medal winner picked up his black T-shirt that reads ‘Activist Athlete’ and draped it over her head instead. The 31-year-old spoke about what happened, “I feel like it was a set-up, and they did it on purpose. I was pissed, to be honest.”

“The anthem doesn’t speak for me. It never has.”

Berry added on that it was a situation different from what she was told. “They said they were going to play it before we walked out, then they played it when we were out there,” she said. “They had enough opportunities to play the national anthem before we got up there. I was thinking about what I should do.”

“Eventually, I stayed there and I swayed, I put my shirt over my head. It was real disrespectful,” she continued. “It really wasn’t a message. I didn’t really want to be up there.”

“Like I said, it was a set-up. I was hot, I was ready to take my pictures and get into some shade.”

Looking away from the flag had caused negative reactions to gather, which she addressed later when she spoke to Black News Channel. “I never said that I didn’t want to go to the Olympic Games. That’s why I competed and got third and made the team,” said the athlete.

“I never said that I hated the country. I never said that. All I said was I respect my people enough to not stand for or acknowledge something that disrespects them. I love my people. Point blank, period.”