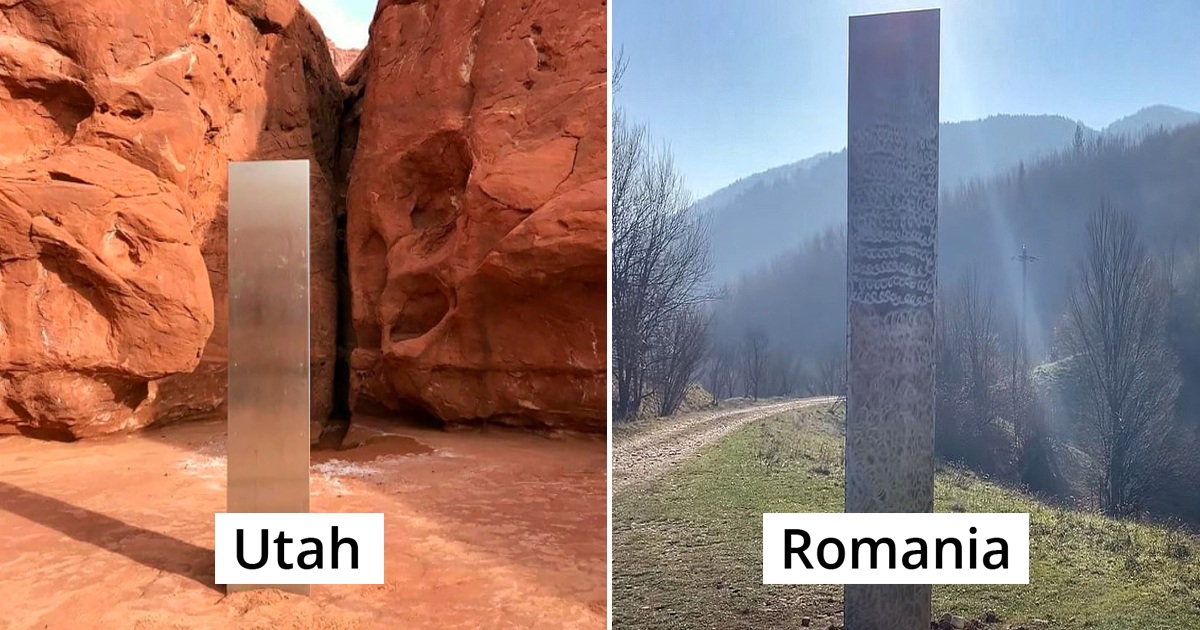 In the book of Arthur C. Clarke, which was later made into a movie by Stanley Kubrick, a metal monolith first emerged on Earth in Africa three million years ago. The metal monolith had surfaced to confer intelligence upon a starving tribe of great apes to develop tools. A similar monolith was a few days ago surfaced in the Utah desert with no explanation. It sparked speculations that it might have been aliens’ work or perhaps more likely to be the work of a prankster who got inspired by A Space Odyssey, a science fiction novel.

But then again, another metal monolith has been spotted in Romania. In contrast, the one discovered in the remote Utah desert had vanished, raising questions of who moved it or placed it in Northern Romania. The shiny triangular pillar was seen meters away from the popularly-known archaeological landmark – the Petrodava Dacian Fortress.

Another metal monolith has been spotted in Romania. In contrast, the one discovered in the remote Utah desert had vanished, raising questions of who moved it or placed it in Northern Romania.

Specifically, it was built by the ancient Dacian people between 82 BC and AD 106. In Utah, the pillar, which was approximately 12 feet from the red rocks, had left local BLM Officials baffled. The officials were counting bighorn sheep from a helicopter when they stumbled upon the mysterious metal.

According to a released statement from the Bureau of Land Management Utah, the three-sided structure, however, vanished or got removed by an unknown party. Seen in Romania, the triangular structure has a height of 13 feet, and one of its sides faced Mount Ceahlau – the Holy Mountain. Romanian officials don’t know who erected the mysterious monolith, but an investigation is ongoing.

Nevertheless, a mystery monolith was also seen in Magnuson Park in Seattle on January 2nd, 2001. On the other hand, the monolith is used as a tool by an alien race to examine worlds across the galaxy while encouraging intellectual life development.

A mysterious monolith had been seen in Magnuson Park in Seattle on January 2nd, 2001