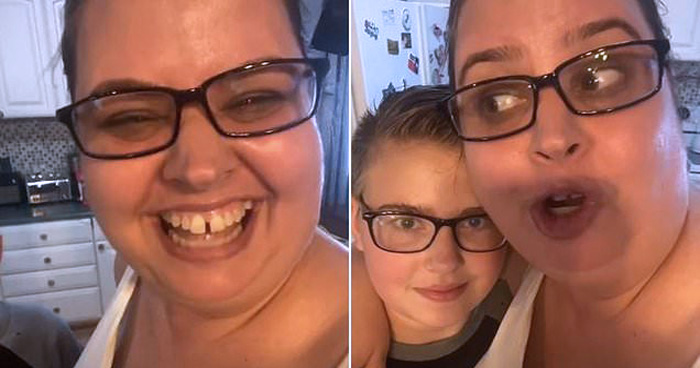 Mom Embraces Her Son After He Came Out As Transgender

It’s indeed every parent’s duty to love their kid regardless of who they are and here a self-proclaimed Christian mom has proven aforesaid. Just recently, Jill Wallace, a mom from Pennsylvania went viral on TikTok as she joyfully embraces her son who came out as transgender.

Jill Wallace, from Pennsylvania, goes on TikTok as she joyfully embraces her son who came out as transgender

Under the username @mamajillwalace, the mother has garnered over 13K views in which she honestly told the camera how she’s handling her son’s confession and happily embracing him. ‘My son just came out as transgender and I’m a Christian mother. I want you all to know how it happened in our home.’ The mother plainly said.

Jill, who filmed herself on camera in the kitchen is entirely no-nonsense with her attitude but undeniably pointed out how she dealt with her son being transgender. ‘Firstly, we sat down for a discussion in a bid to fully understand what’s going on around her. And then went shopping and got a hair makeover.’ Jill added. After which, the camera switched to her son Jayden, 12, who seem excited. The boy whose hair was long is now donning a short hairdo.

He equally wore a basic T-shirt and shorts and appeared all cheerful with is appearance. ‘This is my son Jayden. Isn’t he handsome? I love you and listen no matter who you are, if your child comes out, love them. It’s your job, you’re the parent.’ The mom stated and expectedly Jayden seem a bit embarrassed with the compliments. The mother-of- eight children, however, has an older transgender son identified as Charlie and she has been an outspoken advocate for the LGBTQ+ community, sharing videos of support on a daily basis.

Going viral, Jill, however, shared updates about her son’s journey, admitting he’s much happier since accepting his true gender while also sharing a sweet clip of Jayden trying on his first binder. What a sweet mother Jill is!