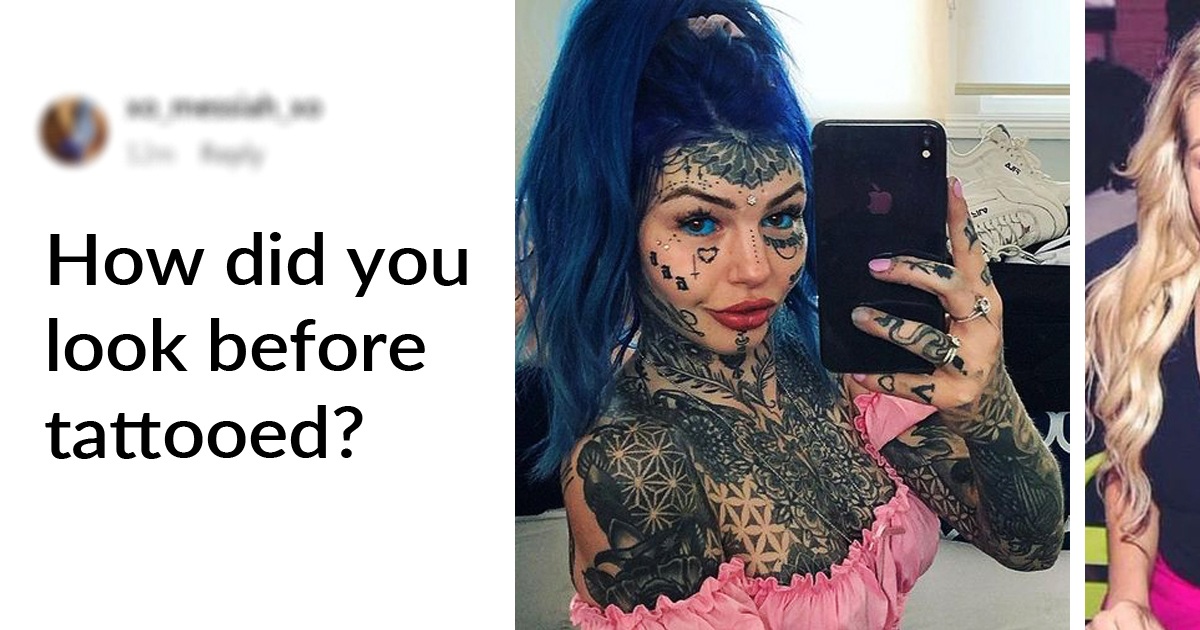 Model, 24, Shows How She Looked Before Covering Her Whole Body With Tattoos

In one way, Amber Luke is an avid art collector and has spent more than $22,000 on it. She has tattoos covering every inch of her body, adding up to 100 tattoos and piercings she has been getting since she was 14. The Australian-based model had also gone viral before when she inked the white of her eyeballs blue.

Currently, she has over 103k followers on Instagram and is widely recognized as the tattoo addict model with blue hair and eyes.

During a Q&A session with her followers, she showed a picture of herself from 2015 before she had so many tattoos. Rocking a similar look to Elsa from ‘Frozen’ before it got out, Amber was in a bright blue prom dress with her blonde hair let down in loose curls over her shoulder. She loves sparkly manicures, and it shows here.

She shares another picture, this time seemingly at a bar. She still has the same clear skin and blonde hair, completely different from how she looks today. This was taken in 2019.

Her first tattoo was when she was 14. At the time, Amber reveals she was battling with depression and has since been bracing herself to get more tattoos.

Amber wrote about her journey, “Four years of agonizing pain and sending my body into shock. Four years of pushing past waves of anxiety when getting tattooed, four heavy years of testing my mentality.”

“Worth every second of it, I say,” she continued. “I’m so strong mentally now because of what I’ve endured.”