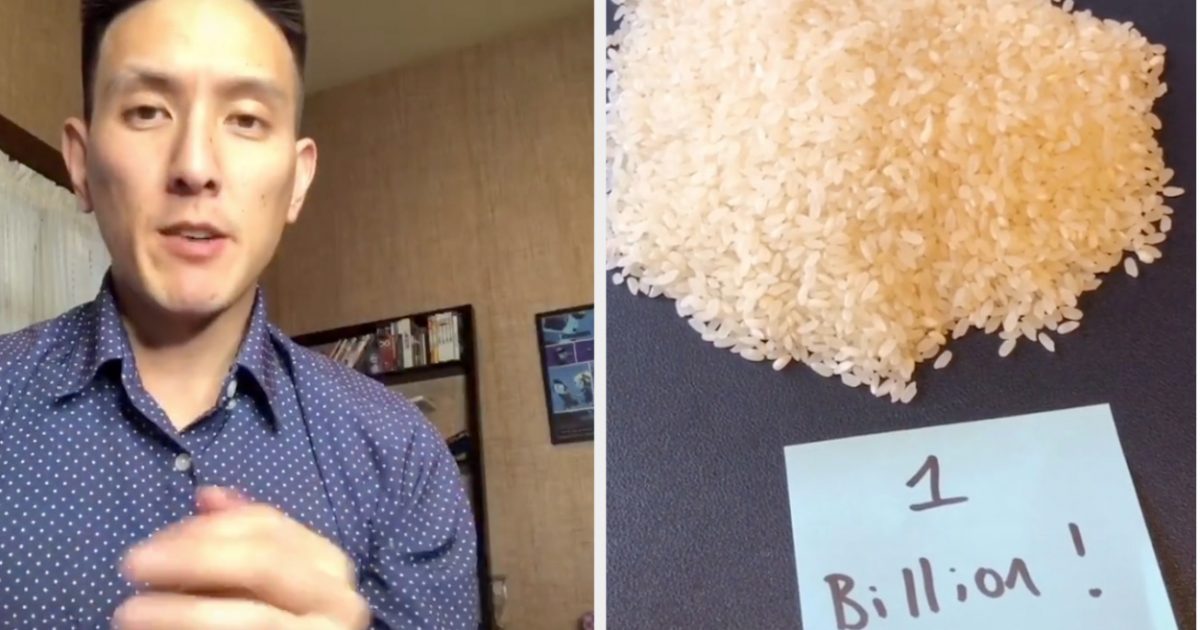 32-Year-Old Humphrey Yang, an e-commerce consultant in San Francisco, recently came to the limelight after showing what $100,000, $1 million and $1 billion looks like in grains of rice.

Resulting in all sorts of reactions and sociopolitical discussions on the internet, Yang admitted he never envisioned his video to have specific commentary.

‘I just wanted to present the information in the best way I could without putting a spin on it – but others could. But I realized after I shared the video that a ton of comment, averagely 80% kept saying wealth is such inequality, adding that no one should have that much money.’ Yang explained.

Yang compared what $122 billion looked like in grains of rice to the reported net worth of Jeff Bezos, Amazon Founder

He added: ‘That what’s the spark!’

What continually sparked politically and viscerally charged commentary was the 2nd part of Yang’s TikTok Video, comparing what $1 billion looked like in grains of rice to the reported net worth of Jeff Bezos, Amazon Founder. Bezos was hinged on $122 billion at the time Yang searched on Google.

In the two Videos, Yang used a single grain of rice to represent $100,000 and for $1 million Yang placed 10 grains. Hence, a billion dollars was represented by 10,000 grains of rice.

‘It took me a couple of hours to come up with this. Once I had that pile, I realized how much it weighed. After that, I did basic math to calculate how many pounds of rice would be needed to calculate 122 billion.  And yes, 58 Pounds of rice.’ Yang added.

His visual demonstration of it all was entirely stunning and Yang went on to roughly calculate what his home costs using his rice scale.

The TikTok appears to have gone viral beyond the simple understanding of what copious amounts of capital could appear like, striking a personal chord with the vast majority of internet users who don’t have $1 million or even $100,000.