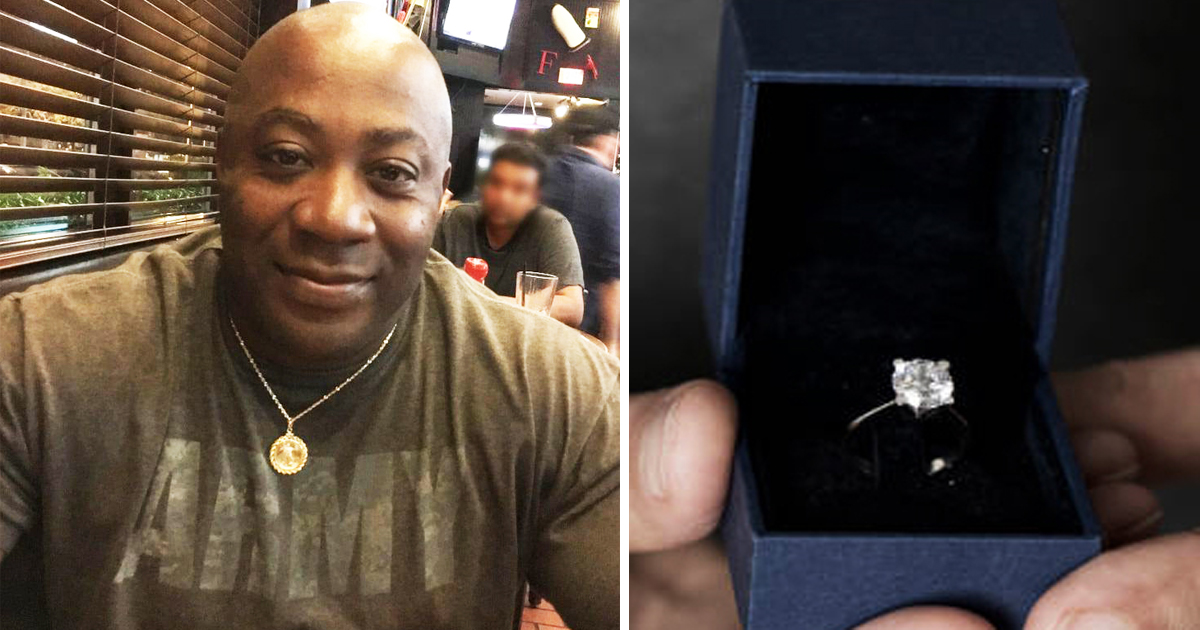 Man Proposed To Girlfriend With Stolen Engagement Ring From Another Girlfriend

A Florida man is wanted after he was reported for stealing jewelry that he later used to propose to his girlfriend. Volusia sheriff’s detectives shared the details on Facebook regarding the man, who did not reveal his real name to both women.

48-year-old suspect, Joseph L. Davis, is currently wanted on a felony charge of grand theft. She stole an engagement ring and wedding bands from a woman in Orange County.

Pictures of the man were shared to help with identifying and finding the man.

The Orange County woman previously noticed her missing rings only after looking up the Facebook page of the fiancée. She noticed a photo of her wearing a wedding band and engagement ring identical to her own from a prior marriage. She immediately checked her jewelry box and found out that her jewelry is missing, including the diamond ring from her grandmother,

The grand total of the missing property was $6,270.

The other girlfriend is from Orlando. The two women got in touch, and several things were returned. After they both broke up because they found out that ‘Brown,’ the surname the man went with when he dated them, was two-timing.

They found out that ‘Brown’ had even brought the girlfriend from Orlando to the Orange County girlfriend’s house. He claimed it as his and asked her to move in two which she agreed. But after preparations were done, he suddenly canceled. Together with that, the fiancée noticed her laptop and jewelry missing as well.

They managed to track his sister’s home in North Carolina, an address the fiancée got as his niece’s home. From there, the officials managed to make out the real name of the man. He has other active warrants for felony and a hit-and-run crash with injuries.

His prior arrests include possession of fictitious ID, filing a false police report, domestic assault, and possession of cocaine with intent to sell, Volusia Sheriff’s Office reported.

Anyone with information about Davis’ whereabouts is asked to contact the Volusia Sheriff’s Office at 386-668-3830 and ask for Detective Wheeler. If you want to remain anonymous and qualify for a potential cash reward, you can contact Crime Stoppers of Northeast Florida at 888-277-TIPS, or via the P3 Tips app.