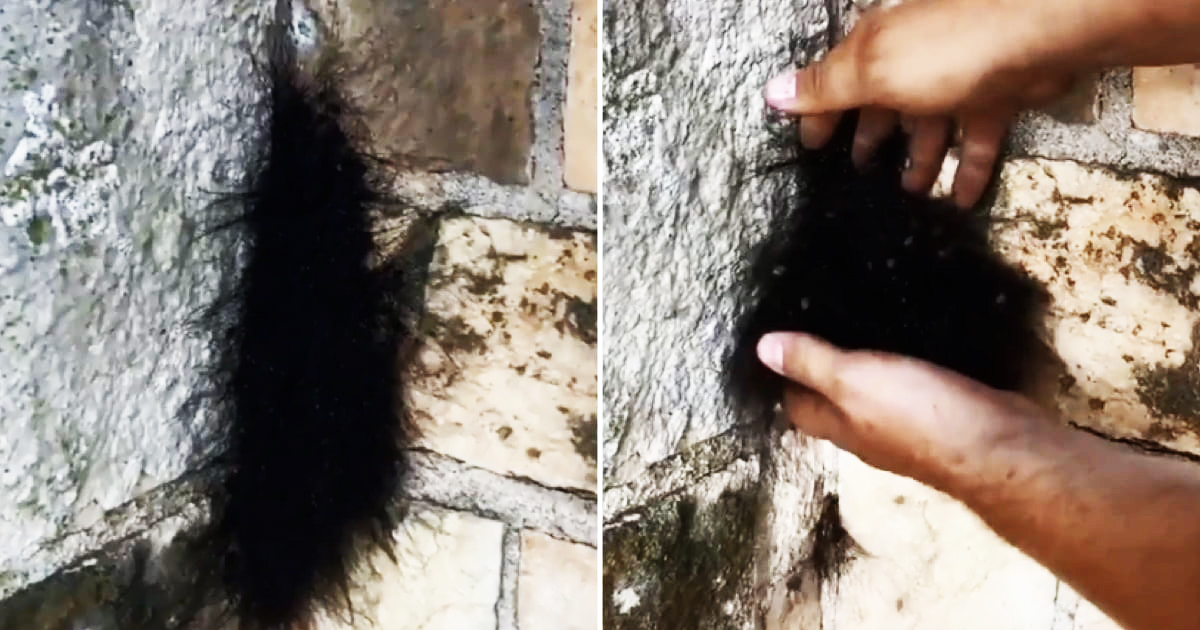 Man Picks Up A Furball, Finds Out Its Thousands Of Spiders

The first reaction most people have when they see spiders are shocked. If it’s really close, they might jump. If it’s huge or possibly venomous, they might have to try to force it out or inform those who can safely evacuate them back to their habitat.

But not this man. Technically, the ‘spiders’ that he films aren’t dangerous as they look scary. These creepers are called Harvestmen, and they like to bundle up together like curly hair. One might even think they look like soft furballs in pictures.

Warning: thousands of Harvestmen might make you gag, give you goosebumps, and dangerous reflex.

User oleCrick often posts videos of crawling creatures, insects, and wildlife encounters. But his most popular ones are when he uses his bare hand to handle thousands of Daddy Long Legs and watch them disperse in panic. Reaching more than 30 million views at one point, the Texan now regularly shares videos of the fake furballs.

“I just know they are soft,” explained the man who doesn’t really know why they congregate like this.

Harvestmen aren’t spiders, but they are still part of the arachnids order (scorpion, ticks, and spiders are arachnids).

They look like spiders with their eight legs. However, they are more familiarly referred to as daddy-long-legs. This is because they lack that constriction that split their body into two. They cannot produce web or silk and like to congregate, as these videos show, instead of building their home as spiders do.

They also probably clump together to make themselves look bigger and maintain warmth.

They are also not venomous and are mostly omnivorous by consuming insects and fungi. Fossils that date to 410 million years ago show that harvestmen have retained their features similarly since ancient times. However, it is a scientifically neglected group and is mostly worked on by dedicated taxonomists only.

They protect themselves by spreading repulsive odor when disturbed.