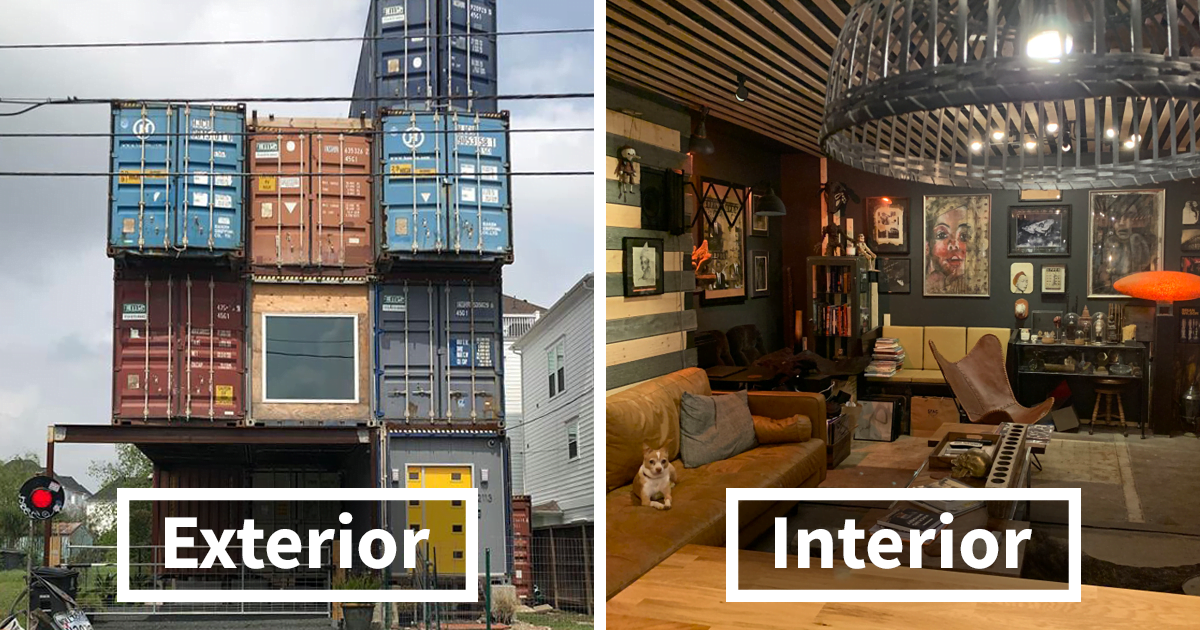 Building a dream home requires a lot of ideas coming into play. While some will opt for something comfortable, a small bungalow or perhaps a luxurious mansion, there are a handful of those individuals who ditches the traditional designs and go for something entirely different.

For example, building a container house! The container house was what designer Will Breaux decided to do. Currently, he’s a proud owner of a house built out of shipping containers.

Bill’s new container home is located in Houston, on the McGowen street and his 11 container house is regarded as the most extensive structure ever. The used containers are arranged on top of each other to create a 3-story house completed with a rooftop.

He had planned on building his own home since the early 2000s. He had struggled to find someone to design his choice of home, so he decided to do it himself.

‘I started looking at projects that were built that I loved. A designer was hired to design a three-story townhouse to be on the lot. And after going round and round for months, I had to fire the group since they were not giving me what I wanted. The journey to own my own house started around 2011.’ Bill explained on his blog.

He got the concept of a container many years back and the idea behind it was quite simple.

‘The shipping containers are strong, long-lasting, hurricane-resistant, fireproof and have one characteristic.’ Bill explained.  However, the 1st thing Bill did was to create a 3D sketch of the house, after which he spent hours learning everything about constructing a house out of shipping containers.

Currently, he’s a proud owner of an amazing 2,500 square foot house. Here’s what it looks like.