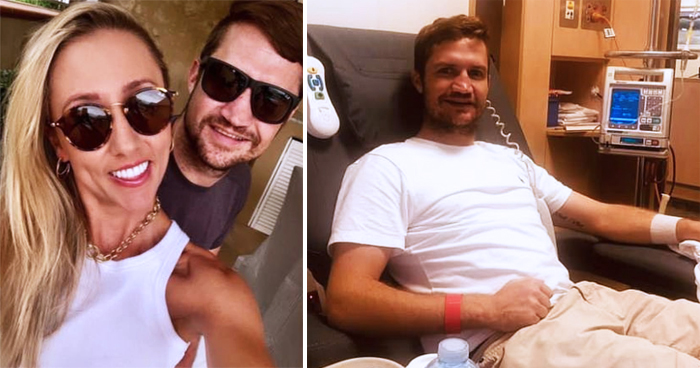 Man, 30, Finds Intense Back Pain That He Ignored Is Actually Stage-Four Cancer

Kylie Walker experienced severe pain in his back, and he could barely move. Painkillers did nothing to provide relief, yet the Brisbane-based ignored it and pushed through for eight more days. Eventually, the pain got very unbearable that he had to take himself to the Royal Brisbane and Women’s Hospital Emergency Department.

Kylie Walker, 30, suffered pain in his back, and painkillers did nothing to provide relief. However, it turned out he has stage 4 skin cancer.

Doctors gave Walker, 30, a muscle relaxant injection and advised him to see a GP to get an MRI. The scans indicated he might have a spinal infection, and his doctors requested more tests. The new tests led closer to the unforeseen discovery of melanoma.

Doctors gave Walker a muscle relaxant injection at first, but tests led closer to the unforeseen discovery of melanoma.

“You feel devastated, scared, and helpless, all in a flood of emotions. From the ultrasound of my liver, they identified three lesions and then informed me that cancer was now a major concern. I then went for a liver biopsy that week, and it was determined one of the tumors on my liver was melanoma.” Walker told 7 News.

Walker’s family members haven’t visited him in Brisbane due to the COVID-19 travel restrictions.

It took doctors quite some time to diagnose his condition because of his age, and he had interestingly been deemed low risk for cancer. Walker’s family members haven’t visited him in Brisbane due to the COVID-19 travel restrictions, and he does find it challenging to go through the ordeal without them.

Walker finds it challenging to go through the ordeal without his family. However, they’ve launched a GoFundMe to raise funds.

Walker’s family has set up a GoFundMe page to raise funds for their son, who has been forced to give up work to get treatment. The campaign reads: “Having recently started a job at the end of last year, sick leave is limited, his company has been amazing with support, understanding and provided compassionate leave towards his situation.”

At the moment, Walker has started immunotherapy and is receiving radiation in beating the disease.

It added: “They are extremely understanding and have allowed him to work from the hospital or home and attend meetings in the office where possible. However, this will run out at some point soon.” However, Walker had just moved back to Australia from South Africa and had found work when the condition struck. At the moment, he has started immunotherapy and is receiving radiation in beating the disease.