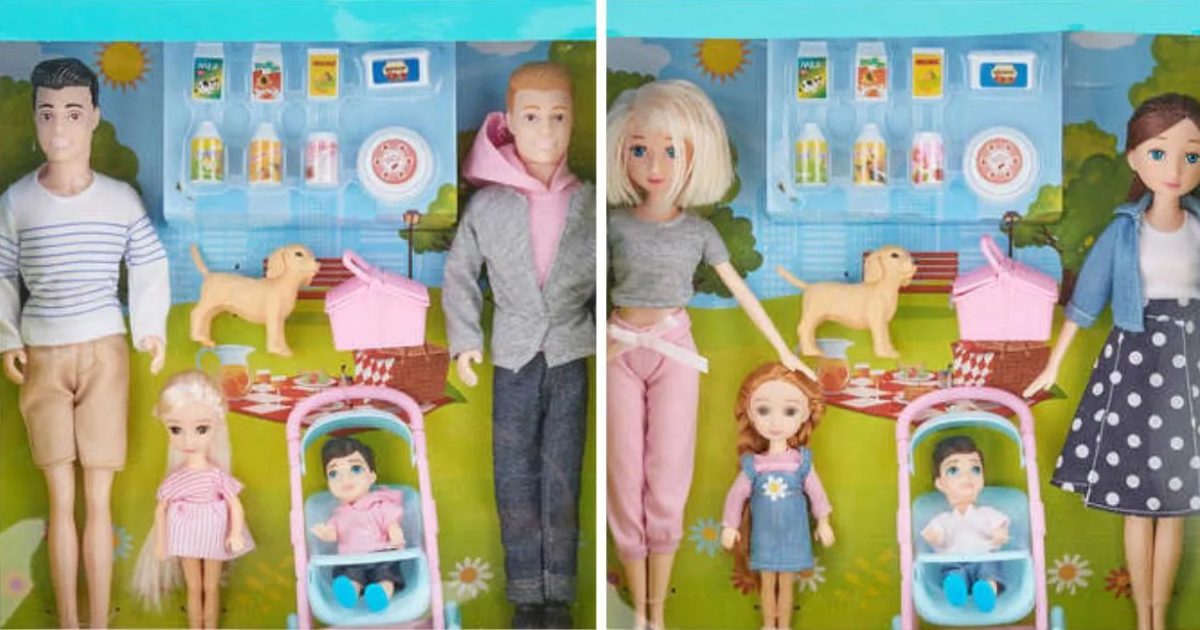 Doll companies are presently moving with the modern trend. They are developing dolls and toys that reflect the wide diversity discovered in several families.

While there are so many high-tech toys in the market at the moment, toys and dolls remain a popular choice for kids

In our modern world, dolls are now keeping up with modern gender identities and family structures

In early 2019, Mattel launched a line of gender-neutral dolls that can be styled as non-binary, male or female. Mattel, however, is yet to create same-sex family dolls.

On the other hand, Kmart Australia is topping the news for its family doll sets

Presently sold in stores and online for Kmart Australia locations, each of the sets includes a pet, two children, two adults as well as accessories.

In a bid to promote inclusiveness, Kmart disclosed that the sets sold online will be randomized, implying that a buyer can’t pick a specified set.

‘Products are sold separately and they come in several designs. We won’t guarantee you of which design you will be receiving as products are selected at random for online orders.’ the company’s website reads.

Expectedly, the new line of dolls has garnered some positive reaction online

In fact, it’s selling out fast in so many locations.

With some individuals feeling the sets would be of more benefit to children who have same-sex parents, some are calling on the company dolls that feature single parents and grandparents as well.