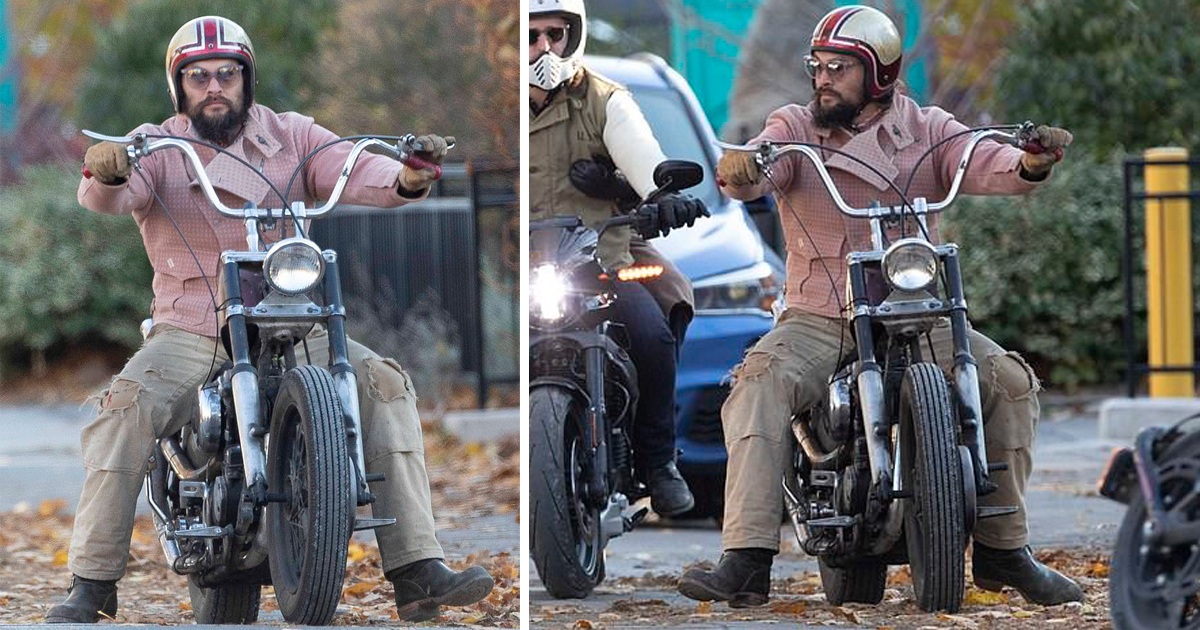 Actor Jason Momoa has starred in numerous action and superhero movies, notably as Aquaman. Several of his roles have witnessed the muscle-bound actor stepping out in lake topless, and this, of course, has left many envious of his physique. The dad-of-two diet and lifestyle maximize his muscle growth, and it appears his fans can’t just get enough of him.

The actor recently wowed his fans, wearing a pink motorcycle jacket as he rides his Harley Davidson with friends in Toronto. Showcasing his muscular 6ft4in physique, the 41-Year-Old SAG Award Nominee had been in Canada for more than a week as he films the 2nd season of Francis Lawrence’s film ‘Slumberland’ and Apple TV Series ‘SEE.

But heads did turn as expected as the native Hawaiian drove around in camouflage pants, a light pink jacket, striped button-down shirt, and black biker boots. Momoa also donned a matching sunglass with a gold-red helmet over his long raven locks as someone who underscores a unique sense of style. The muscular superhero was equally spotted park next to his biker friends group, after which they went to eat at a local burger joint.

However, with a boisterous personality, the actor had a seemingly unending smile on his face as she drove around with his friends. It’s evident he’s pretty having a swell time, mostly as the production of his newest movies has returned. Nevertheless, Momoa had spoken about encountering a financial hardship following his appearance on Game of Thrones as Khal Drogo.

The actor claimed he struggled to pay up bills for the Los Angeles home he shares with his wife Lisa Bonet and two children. But luck took a turn for the actor when he landed the role of Aquaman. Keep climbing the ladder, Momoa; the sky remains the limit!